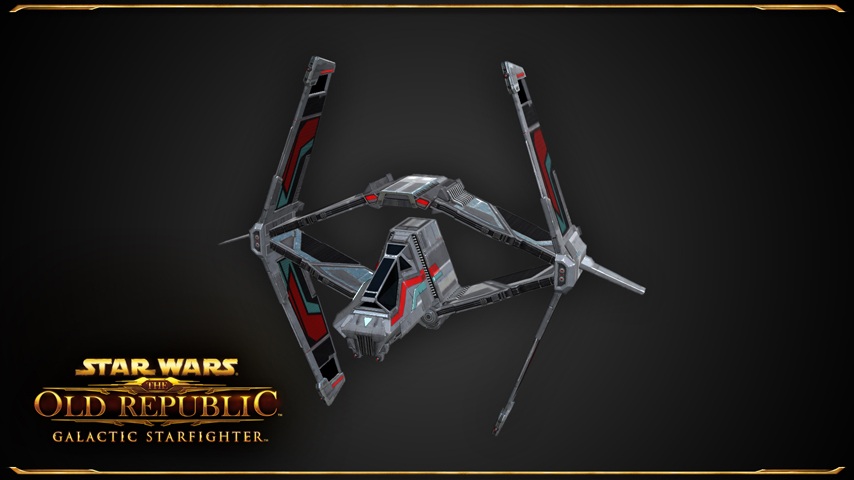 Brian Audette here, bringing you some info on my personal favorite ship role to fly in Galactic Starfighter™: the Strike Fighter.

No doubt about it, Strike Fighters are some of the most versatile and important ships to ever fly for either the Empire or the Republic. Equally effective against both stationary objectives and other ships, Strike Fighters have made the difference in galactic warfare for generations. After all, it was a bush pilot named Luke in a Strike Fighter type ship known as the X-Wing that made all the difference against the Death Star … with a little help from the Force.

In Galactic Starfighter the ships that comprise the Strike Fighter role represent a perfect balance of firepower and maneuverability. Strike Fighters are able to keep up with the deft maneuvers of all but the most skilled Scout pilots and even a heavily armored Gunship can’t hold up under their ballistics barrage for long. The primary attribute of the Strike Fighter role is the ability to equip and swap between either two primary or secondary weapons depending on the ship type. This gives the Strike Fighter a level of versatility that’s difficult to rival. While flying either the FT-8 Star Guard or F-T6 Rycer (both capable of swapping primary weapons) I personally like to use a combination of Quad Lasers and Ion Cannons. While both of these blasters are somewhat slower and drain more blaster power than some of their counterparts, they allow me to deliver a one-two punch that no other ship in the sky can match.

By using my Ion Cannons to quickly drain my enemy’s shields, followed by Quad Lasers and a volley of Cluster Missiles to slam their hull, most of my targets don’t ever know what hit them. The Strike Fighter isn’t just about dog fighting though. The firepower that these ships bring to the battle is also excellent against stationary objectives such as satellite defense turrets. With Concussion Missiles and Directional Shields equipped the Strike Fighter can easily boost headlong toward a satellite’s defenses, toggle shields to double-front, and unleash a powerful warhead that’ll soon leave the satellite defenseless and ready for capture.

Whether taking a front line or support stance, the Strike Fighter’s only real fear is being disabled. Scout and Gunship systems like the Interdiction Drive and Sabotage Probe can quickly strip away a Strike Fighter’s advantage. Like a shark, the Strike Fighter needs to keep moving and anything that can slow or stop it should be eliminated before it becomes a serious impediment.

If dog fighting and dealing constant damage is your idea of starfighter heaven, then the Strike Fighter may be the ship for you.