This Roadmap coincides with my first full year as the Lead Producer for ™: The Old Republic™ and I’m excited to have the opportunity to share our Summer Roadmap with you. As I’ve mentioned throughout the last year, the team’s priority will continue to be providing fun story-driven gameplay with a variety of multiplayer ™ battles while making Quality of Life improvements. We recently released Game Update 5.9 – The Nathema Conspiracy, which brought an end to the Traitor storyline. We hope you’ve enjoyed your interactions with Theron Shan. 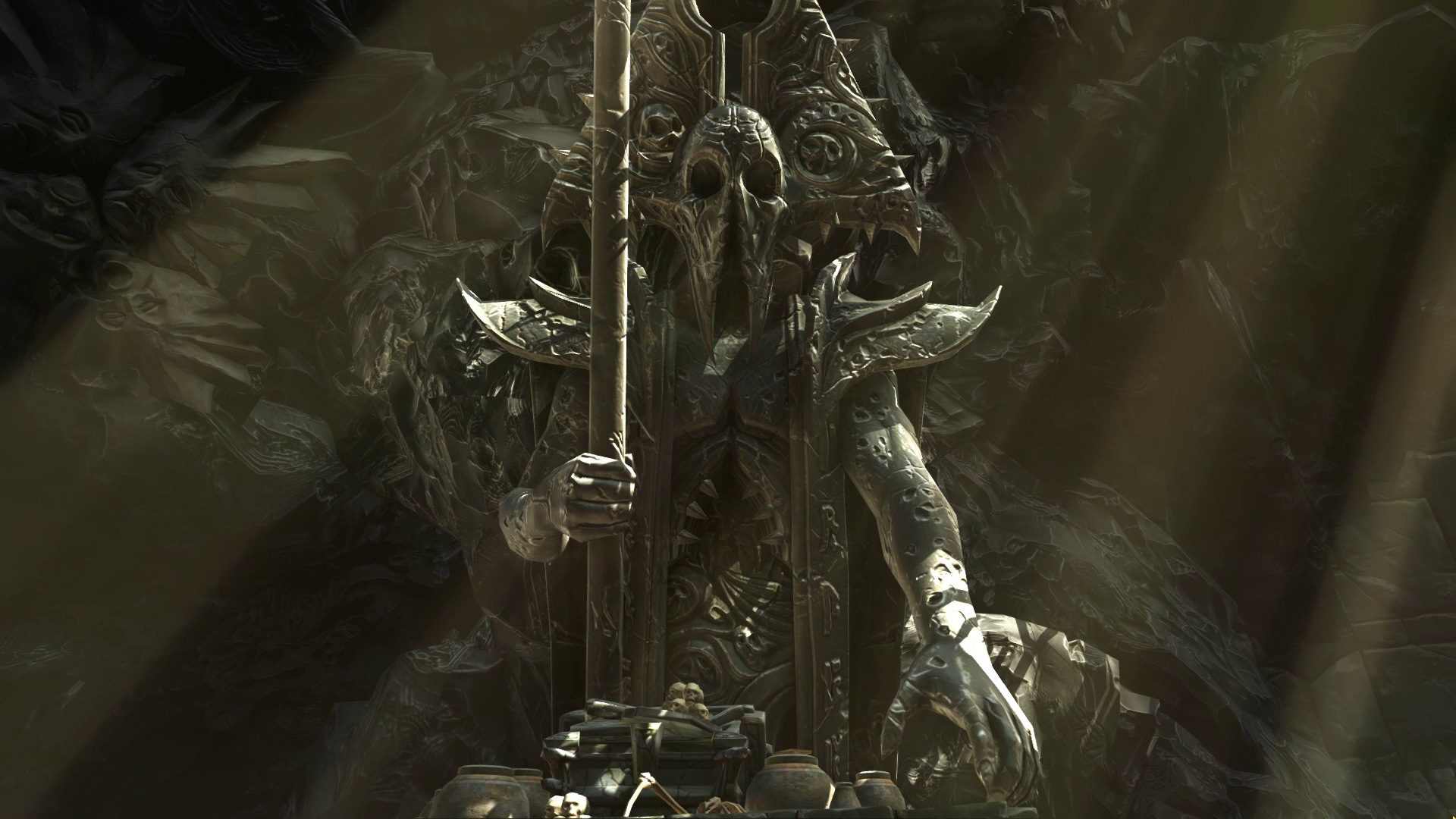 We’ve met with a lot of players, influencers, press, did Livestreams, held Cantinas, received lots of emails and private messages, and reviewed the feedback on our Forums and on Social Media. As a result, we’ll be making a lot of changes based on your feedback, beginning with our PvP plans this summer. At the end of the year, we’ll introduce an exciting new storyline and multiplayer gameplay – all leading to an explosive conflict with new characters to meet and planets to explore in the new year.

Quality of Life Improvements
From our perspective, having a quality experience every time you play the game is as vital to the game as new gameplay experiences. This means we’re looking at ways to enhance our game’s systems to make it easier to add new gameplay by advancing the utility of our internal tools, improving Game Servers and augmenting tech infrastructure. We are also focusing on continuously improving gameplay features based on player suggestions to refine Galactic Command, augment the Conquest system, and improve Ranked PvP.*
Based on your feedback, we made substantial changes to Galactic Command which is now a very solid secondary gearing system. We are turning our attention to Guilds, their management tools and related competitive features. This includes the Guild Conquest system we rolled out at the end of March 2018 and we’ll continue to refine and improve them for Guilds of all sizes. 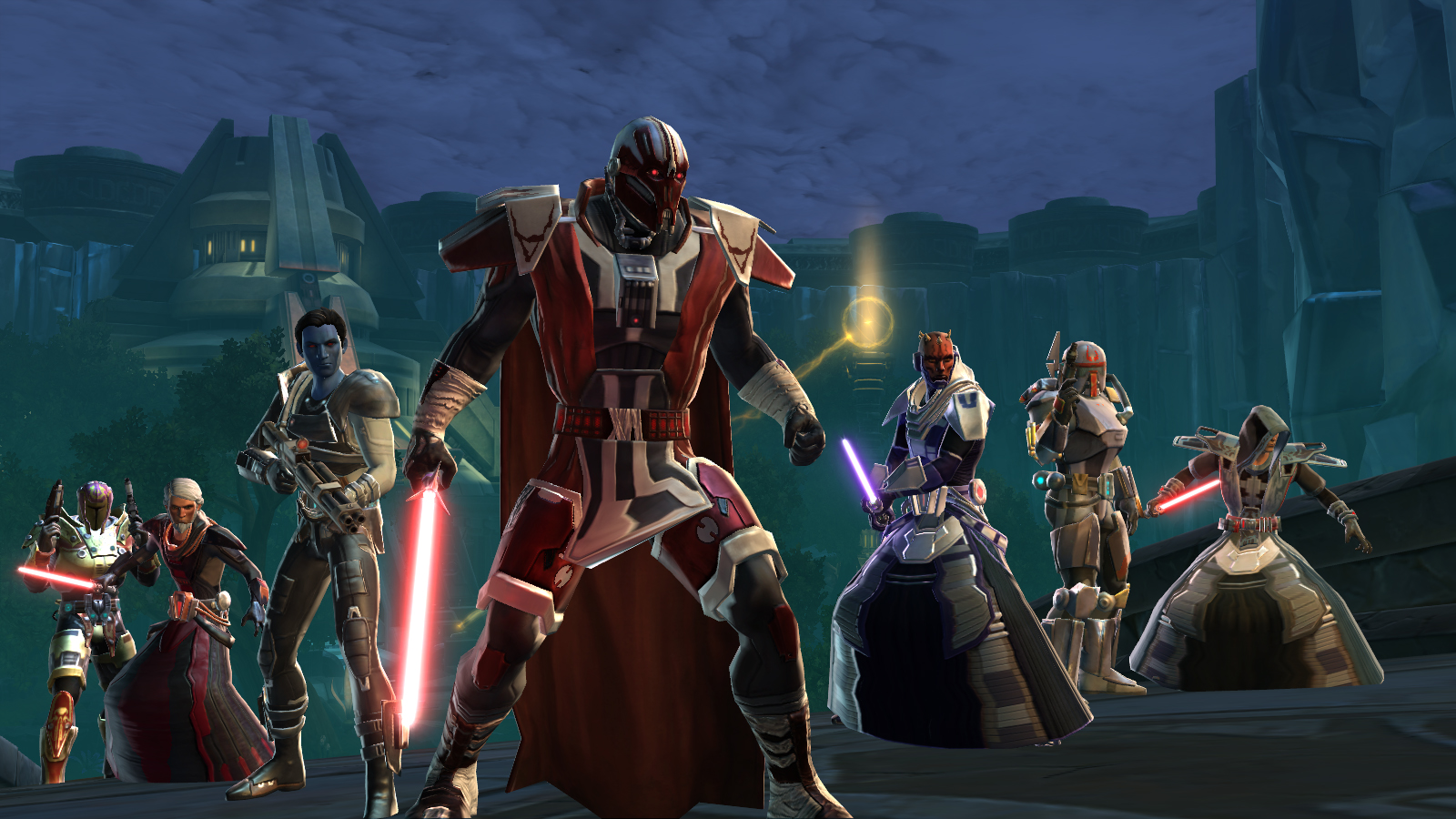 A key piece of feedback we’ve received is that more of you want to provide us with feedback prior to the release of an update. This was extremely valuable last year for both Galactic Starfighter and the Gods from the Machine Operation. The interaction between our developers and players was extensive and made a serious improvement to the quality and functionality of both. As a result, our plan is to give more players the opportunity to participate with us on our Public Test Server (PTS) in the testing of pre-release gameplay including some of the PvP changes planned this summer.

With respect to updates, here’s what we have in the works for you over the next few months:

Game Update 5.9.1 – Solo fun
As we all know, Solo: A Star Wars™ Story, hits the theaters on May 25, 2018, so we’re celebrating by bringing back the casino with our Nar Shaddaa Nightlife event and offering a variety of new Cartel Market items including a sale of Scoundrel specific items. All of this will be available starting on May 22nd for 10 days, including double XP, CXP, and GSF rewards. The Nar Shaddaa event will continue through midnight on June 30, 2018.

Also, don’t miss your chance to get your hands on the new ‘TF-4 Rampage’ Speeder by being a Premium Player on May 31, 2018. Popular on the black market, this industrial mining vehicle is the perfect vehicle for criminals (and heroes) on the run! Your new speeder will be delivered via in-game mail by June 9th. 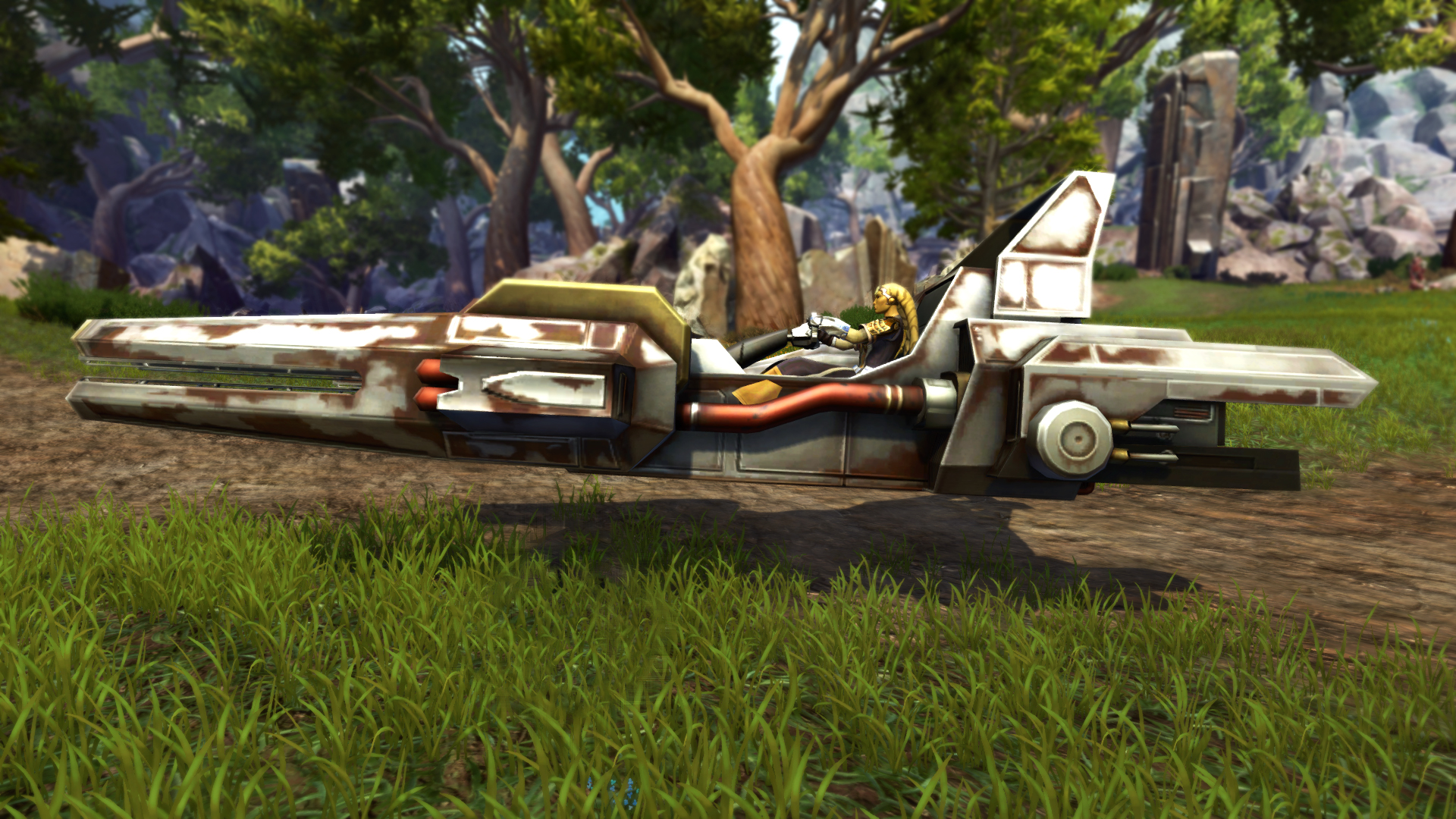 Starting with a Game Update in early July and continuing through September, we’ll provide a variety of changes for some of our most passionate players who love PvP. PVP is enjoyed by many players, so the team wanted to give this group a bit of focused development time to provide requested changes and new challenges.

PvP over the Summer:

For our Story and PvE players, you have not been forgotten and coming this Fall, along with the return of some very cool Companions, and big updates for Guilds, we’ll introduce a completely new storyline that will kick off a new set of challenges and adventures that will continue into the new year. That’s a highlight of the things you can expect to see in the coming year. Keep your eyes on Twitch, social media, and our forums as we continue to release more details around each update. Feel free to reach out with questions, as always, we’re listening and learning from you.

Thanks everyone for your continued participation with ™: The Old Republic™