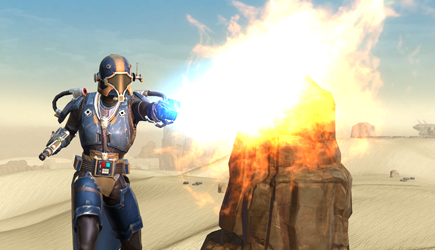 We’re back with a selection of answers to your community questions! Please note in some cases we’ve combined multiple questions into one, and we have edited some questions for clarity.

We have now opened an official thread for next week’s Q&A, which will stay open until 2pm CDT on May 1st, 2012 (12pm PDT/3pm EDT/8pm BST/9pm CEST/5am AEST). We welcome your questions in that thread and hope you enjoy the answers below.

Phyreblade: Loved the Rakghoul Plague outbreak event and seriously hope you have plans to include similar events in the future. I am sure you can't specify what and when such events might occur in the future but anything you could say on the subject here would be welcome. Thanks for the great work!

Daniel Erickson (Lead Game Designer): We definitely have more surprises coming in the future but we don’t want to have the same format or become predictable. I will say that these surprises will come in a variety of sizes that range from the stealthily rolled-out magenta Lightsaber crystal hunt, to full on server-wide explosions like the Rakghoul Plague.

Trietxan: Is there a plan to make social armor adjustable to armor rating? For example, I would really like to dress my Powertech in the Imperial Trooper armor without losing the heavy armor rating.

wyllam: I love the new armor color "unify" feature. Will this option (as well as "hide head armor") ever be available for companions?

Daniel: Definitely in the plans for the future.

WolfJHavok: I don't know if this has been asked before, but could you possibly share the reasoning for only allowing 5 out of 6 companions to be sent out at a time at max level? It feels like a bit of a waste of a companion. Thanks!

Daniel: It was a combination of the maximum amount of economic power we wanted a player to be able to produce per hour, plus never wanting to put players in a situation where they felt like they had to choose between having their maximum missions going or actually adventuring where they needed a companion.

Lovarboy: Will we get dual spec with Game Update 1.3?

Daniel: Unfortunately, no. Game Update 1.3 is being kept a bit leaner to get the Group Finder and the next stage of Legacy in the game as fast as possible. After that we’ll be returning to some bigger updates and we’re hoping dual spec makes it for the next one.

JimG: Is there any sort of ETA on adding completely new playable species into the game such as Togruta, Mon Calamari, Nautolan, etc.?

Daniel: Can’t comment on what species you might see, but you can expect the roster of playable species to expand... this year.

Misiolak: The Datacrons are a nice addition to the game, but getting them for all the characters is simply not fun. Do you plan to include Datacron sharing in the Legacy unlocks?

Daniel: Long term we plan to move many of the game’s reward systems to be Legacy-wide and Datacrons are definitely on the list for consideration.

mr_ruiz: Smuggler/Operative Question: As the only classes without a stance/form of some sort (even all companions have a couple), is there any plan to add something like that to these classes for additional utility? If not, why?

Austin Peckenpaugh (Senior Designer): I'm personally a fan of stances for how they communicate to others and how they help add structure to the already burgeoning character advancement options, but those are developer reasons to love stances. As a player, it's nice to be able to have a sense of someone's spec at a glance by seeing their stance, but for me, the appeal ends there as long as the absence of a stance doesn't mean I'm "missing" something. To answer your question specifically, adding stances to these classes is certainly an option in the future, it just needs to be appropriate and serve a purpose. We don't want to introduce a mechanic for no other reason than to have it.

DarthTexas: Can you give some insight to the numbers behind crafting? What is the baseline crit chance for crafting? How does companion affection affect crit chance? Exactly how much of a boost is +1 or +5 critical chance in crafting? Having the Reverse Engineer % chance is a nice step in removing some of the unknowns in crafting; now we just need the numbers on the creation side to be less ambiguous.

A Companion Trait critical chance bonus of +1 or +5 is a percentage. Example: The Imperial Agent companion character Kaliyo grants a +2 bonus to Underworld Trading Critical. This is +2% bonus.

Using Kaliyo at maximum affection as an example, if she ran a green difficulty Underworld Trading mission for you, she would have a 22% chance to score a mission critical success.

Arymono: When will character transfers be available for everybody?

Dallas Dickinson (Senior Producer, Live Services): We will be rolling out our Character Transfer Service in early summer. First we’ll have some targeted free transfers from/to specific servers, but that will be followed with a broader system where you can either take advantage of free promotional transfers to specific servers or paid transfers to the server of your choice. We know everyone has more questions about character transfer, and we’ll reveal more details closer to the launch date.

DrakeAssaShin: What is being done to address low population servers?

Dallas: The Character Transfer Service, as mentioned above, will be offering free transfers from/to specific servers. This should allow the most motivated players to get onto a higher population server.

Alxandria: What was the design reasoning behind choice of mods/stat combination on commendation vendors during the leveling process? Most of what is available seems to favor +Endurance across the board with very few options for those who want to maximize their primary stat during the leveling process. Usually if someone wants a barrel, armoring or hilt that favors something other than Endurance, we must settle with a lower item score, if it's available all.

David Hunt (Systems Designer): The mods you can purchase from commendation vendors are not intended to be optimal. They are cheap and probably too easy to acquire. If you want to optimize, you need to find a crafter.

Caizic: In the 1.2 Legacy patch notes there is a section under Items and Economy and General that says "Loot drops from endgame activities, such as Operations and Flashpoints, now take group composition into account." Can someone please clarify what this means/how this works exactly? Thanks in advance!

David: Throughout the game, the composition of your group impacts the loot you get from defeating enemies. For the majority of content, the drops are skewed to favor whatever classes are present. This is a bias, but not a guarantee. In leveling Flashpoints, that bias is very strong, and will almost always give loot for the group. However, in endgame Flashpoints, there was no bias – drops were completely random. We’ve added a strong class bias to the loot drops for the endgame Flashpoints. In most cases, this guarantees a drop that can be used by someone in your group. The bias is an “opt-in” system for each character present. That means that you have the same loot playing as a solo Jedi Sentinel or a full group of Jedi Sentinels.

Raific: Could you please clarify and expand on the following patch note for Game Update 1.2:

I believe many people where under the impression that we would be able to pull set bonuses from most gear, not almost none. It seems like only the top tier set bonus can be relocated at this time. Any chance this will be expanded or lower tier? If not, what is the reason?

David: We’re sorry if the note confused anyone. You can pull set bonuses from all new items with set bonuses going forward. There are not any current plans to expand this to old items. The tech that allows us to distribute set bonuses as part of the armoring is new, and there are limitations to how much we can change items that players already possess. That means we can have the set bonus on all armorings that were created for 1.2 or later, but that old armor still has the set bonus on the shell item.

Zannis: Any chance on allowing companions to show in the Operation frame? As a healer, I do a lot of questing with a friend, and I'm unable to replace Party Frames with the Operations Frame since we can't see our party member's companions with this option turned on.

Damion Schubert (Principal Lead Systems Designer):  Funny, we were just talking about this the other day.  I'm working on the design now, but have no ETA of when this will get to you.

Capthxc: Any plans to improve your achievement system and/or codex? Right now achievements don’t seem to serve any purpose.

Damion:  We have big plans.  Too big to share prematurely.