A Record of the Dread Masters

I have gathered the information you requested from the archives, though our records regarding the Dread Masters are far from complete. In particular, our knowledge of their origins is disappointingly vague, based mostly on hearsay and fragments recovered from Imperial historical logs.

Firstly, our records confirm that the Dread Masters are human, despite many rumors to the contrary. Biological scans conducted after their capture by Master Kaedan confirmed this, though their lifespans have extended well beyond the norm for that species. We do not know the extent of their longevity, nor the world (or worlds) they came from. We don’t even know their true names.

The Dread Masters’ goals are similarly mysterious. We know that they are no longer affiliated with the Sith Empire, despite the fact that Imperial forces are responsible for rescuing them from our prison facilities on Belsavis. That they would betray the Empire they’ve served for so many years is unexpected, but not necessarily unexplainable. (I can elaborate on my theories in a future report, if requested.) 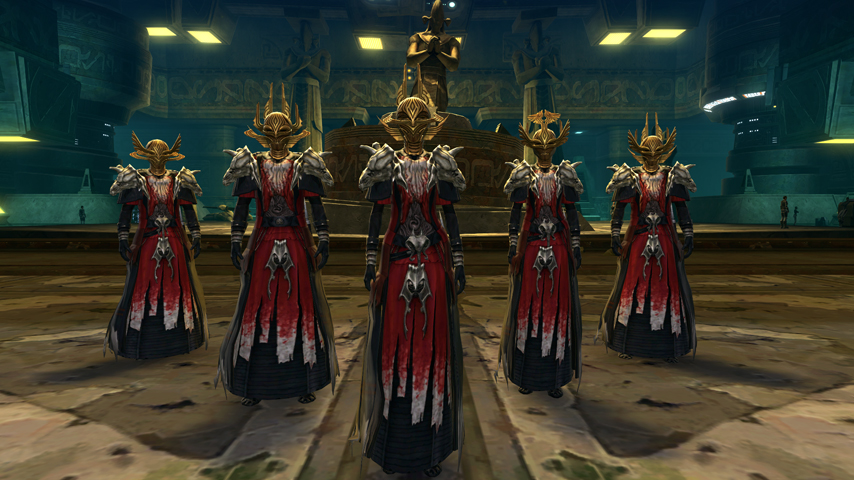 As they gathered their armies, the Dread Masters also began to make subtle inroads within the Hutt Cartel. My information suggests that it was their influence which drove the Cartel’s former Supreme Mogul, Karagga the Unyielding, to initiate the aggressive expansion activities that ultimately resulted in his own death. The ramifications were far-reaching, perhaps even leading to the recent conflict on Makeb.

The Dread Masters further expanded their influence by briefly seizing control of the planet Denova, a major supplier of explosive munitions. Working through mercenary intermediaries, the Dread Masters seized an unknown amount of high-powered explosives, along with weapons, ground and air vehicles, and other military supplies originally stationed on the planet by the Republic. 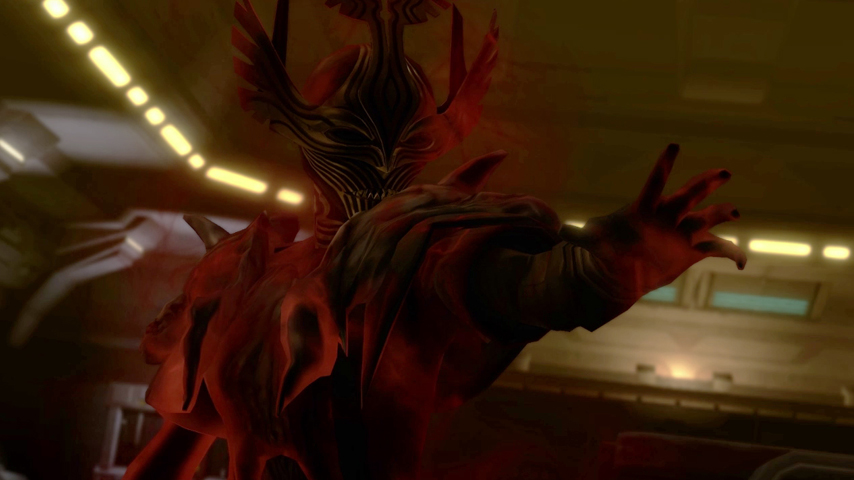 Next, the Dread Masters set out for more exotic technologies. Forces from the Dread Host were deployed to Belsavis, where they attempted to retrieve ancient Rakata weapons that had been hidden there. Another, much smaller team managed to infiltrate the Gree Enclave and gather information and materials from some of their most complex designs. Although this team was defeated on the planet Asation, I believe we must still assume that they successfully transmitted the information they gathered, including the secrets of Gree “hypergate” technology, back to their masters. 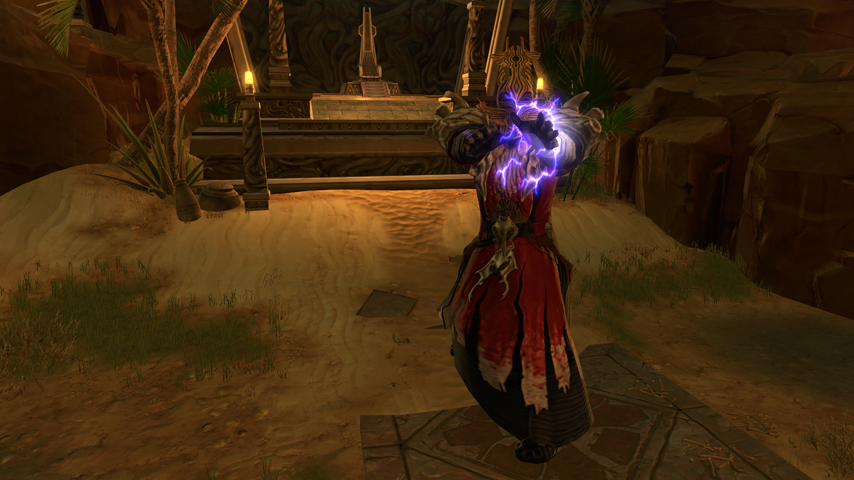 Most recently, the Dread Masters attempted to bolster their forces by once again manipulating the shattered Hutt Cartel. A vast assembly of mercenary and pirate arms, vehicles, and personnel was gathered on Darvannis, ostensibly to vie for Cartel contracts. Instead, the Dread Master known as Styrak attempted to overwhelm and convert the mercenaries into service among the Dread Host. Fortunately, Styrak’s plans were foiled before he could fully complete them, and Styrak himself was killed—the first palpable blow struck against the Dread Masters since their escape.

Since that time, the remaining five Dread Masters—Brontes, Tyrans, Calphayus, Bestia, and Raptus—have remained in hiding. Despite the loss of Styrak and other setbacks, we know for a fact that the Dread Masters still have a vast army of fanatical soldiers at their command, as well as a collection of powerful and ancient technologies that lie well outside of our scientific understanding. Furthermore, the Dread Masters’ ability to induce widespread terror, paranoia, and hallucinations may not have been affected by Styrak’s death, and I have found nothing in my studies that would suggest any foolproof defense against their power, either for you or your forces.

The task ahead of you will no doubt present one of the greatest challenges anyone in our order has faced. Please let me know if I can provide any additional information to aid you.

May the Force be with you.