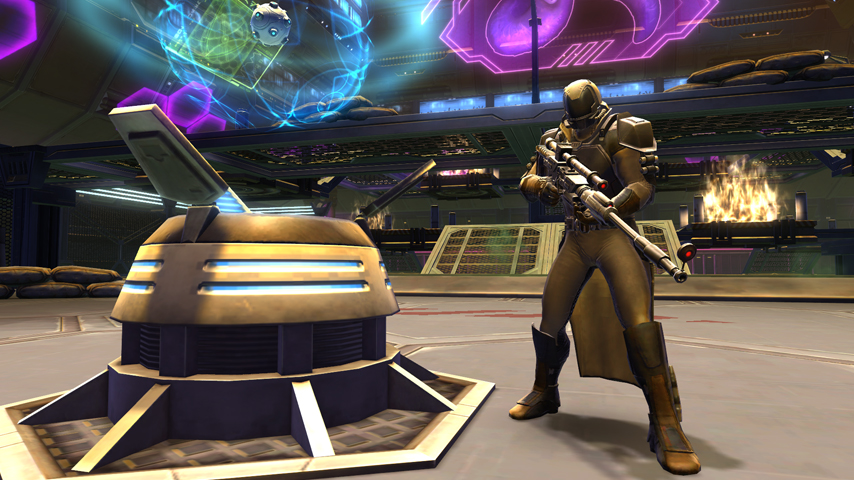 Howdy folks! I’m Alex Modny, Assistant Designer working primarily on PvP and Class Combat and I want to share with you what we at BioWare have in the works for PvP systems for Game Update 2.0.

This blog post will focus on the PvP systems and not directly related to the class changes, which Austin Peckenpaugh has and will continue to cover in upcoming blogs.

In Game Update 2.0, we are introducing a new Bolster system that will behave differently than what we currently have. You will still get a Bolster buff while in PvP areas and Warzones, but it will no longer be based purely off of character level. Currently, Bolster is setup to bring characters up to a set level of stats that are appropriate for entry-level PvP. The amount of stats given to a character is based on their level, more stats for lower level, to bring them up to this “entry-level” PvP base. At level 50 we stop bolstering characters, which you can see adds to the huge drop off of effectiveness once a character goes from 49 to 50. With Bolster, the most important change is that the stats are no longer granted on an assumption of stat power based on character level. Rather we look at each one of the Item Ratings (including the Mods, Augments, Armorings, etc. that go into the armor/weapon) of the current equipped gear and base the amount of stats given based on these values. The worse your items are the more stats you are given to get you to the base value we want every PvPer to be at.

This new Bolster system is not as linear as the previous iteration and contains a greater ability to tweak from our perspective, which should mean a much smoother PvP Leveling experience for all characters. If there is a point at which the gain is too high or too low we can quickly adjust it on a per stat, per item rating level basis. Better control means a better balance. We have that control now.

A tangent of this Bolster change is the adjustments to the Expertise stat. In Game Update 2.0, the maximum Expertise possible to have on your character will be 2018. Wearing a full set of any of the new PvP sets, War Hero, or Elite War Hero gear will put players at that 2018 expertise cap. In addition, Expertise no longer suffers from diminishing returns. The first point is as effective as the 2018th. Once you get your full set of PvP gear you will have the max of your ‘PvP stat’. Later sets will have more primary, secondary and tertiary stats and increasing these stats will be how PvPers gain power in PvP, rather than going after a pure PvP stat.

We feel that this method of Bolstering and high level Itemization of PvP will make the playing field much more flat and put more emphasis on player skill rather than stat stacking. This is an RPG of course so those elements will never go away. We are tweaking the system on PTS and squashing out bugs currently, so nothing is set in stone. For example, we are squashing bugs that cause the ‘Naked Bolsterer’ issue. There are two main reasons why we have decided to go with this specific split in the brackets. The new Bolster system should help make things a bit more even when playing against higher level characters who have unlocked more of their abilities than you. Splitting up the brackets gives us a better distribution of this ability power and should make for more enjoyable matches because you will be matched up with other players that are closer to your ability power level. We wanted max level characters to play against other max level characters to prevent them from stat stomping characters that haven’t entered their end game gearing progression yet. The other reason for this breakup is the point at which we decided this split is the point at which characters get access to their spec’s rotation, around level 30 for most specs. We want characters that are starting to get their rotation down to play against other characters that either have a good handful of their rotation and tools or have their rotation already in use. There are of course outliers depending on spec and play style, but using these natural breaks feels comfortable for the PvP landscape in Game Update 2.0.

With these changes we will be closely monitoring how they affect queue times and match balance. If the queue times are too long we will look at other ways of balancing this system out. These two system changes alone should create better, more balanced game play for PvP in Game Update: 2.0, but we are not stopping there! We are also looking at tweaking current Warzones (Alderaan Civil War for example) and working on some brand new systems! As always, give us your feedback in the PvP forums so we can squash bugs and tweak the systems based on your input. Scum and Villainy is looking like it will be a great Game Update, but we can make it better with your feedback. We want to hear your thoughts on how these changes are affecting you. Thank you for your time and happy hunting!