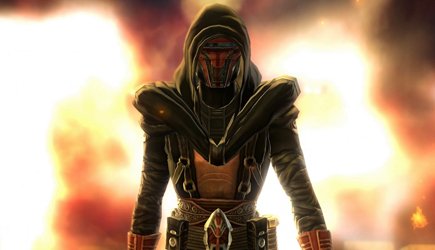 It’s time for this week’s Forum Thread Round-Up. Every week, we highlight some of the most interesting discussions in the Star Wars™: The Old Republic™ community. Most of these discussions originate from our forums, but we will also be looking at what people are saying about The Old Republic on other sites whenever we can.

Please feel free to nominate any discussions for next week’s Round Up in this thread.

What does your crew do to pass time?: When they aren’t helping out in combat or on a crew skill mission, what are your companions up to? Some of your answers included:

Staying dark is HARD: The path of the darkside is more than just sitting in a chair, in a dark room, practicing your best maniacal laugh. While many of you find the darkside is a difficult path to follow, it seems some of you have no problem carrying out even the most evil of choices.

Favourite titles - Imperial, Republic whatever!: Origin poster, AshlaBoga, asks the community what some of their favorite SWTOR titles are. Some of your answers included:

Favorite planet storyline?: With so many planets in The Old Republic, this had to have been a difficult question! Some of your responses included:

KOTOR references?: Some members of the community have come together to create a list of easter eggs from Knights of The Old Republic.

Thanks for all of the great discussions this week! There are many other interesting conversations happening in the forums that are not on this list so be sure to look around. And don’t forget to nominate some of your favorites for next week’s round up by posting in this thread.