Star Wars: The Old Republic – State of the Game 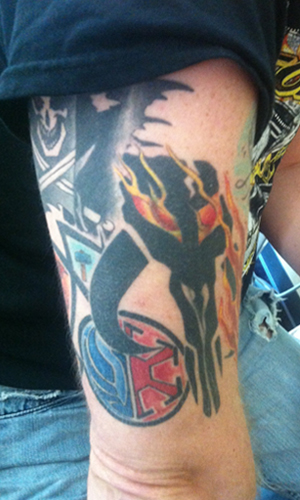 This is the first of many regular “State-of-the-Game” postings to you, the players. It’s something I’ve wanted to do for a long time, and finally have the opportunity to get it started. I’m hoping to use these postings as a direct way to address some of the top unresolved issues that most concern our community. I won’t get to everything all at once, but I’ll try to hit some of the big ones, and talk about these topics as openly as I can. It’s my hope that you’ll respond with more comments, questions and concerns. As you do, I will then take these and either roll them into my next update, or have the Star Wars™: The Old Republic™ community team answer them directly as we usually do. Sound good? OK!

Before we begin, let me introduce myself for those of you who do not know me. My name is Jeff Hickman and I am the Executive Producer for Star Wars: The Old Republic. I have been working on the team for about 2 years now and was responsible for most of the Live Services and ultimately the launching of our award-winning game. Twelve years ago, I joined the industry as the Director of CS for Dark Age of Camelot (DAoC) with Mythic Entertainment. In the years since then, I have engaged in just about every role you can imagine on an MMO team (except art, because I suck at art). In the early days at Mythic, I helped design several expansions for DAoC, produced and ran their daily operations and in 2005 was given the opportunity to become Executive Producer for that beloved game. Between then and now, I built, launched and operated Warhammer Online and I was also Executive Producer for Ultima Online. I’ve devoted my life to MMOs and the people that play them, and have some cool tattoos to prove it:

When we decided to go Free-to-Play earlier this year, we had weeks of discussion with everyone on the team about where we thought the game was going, what we thought was going right and what was going wrong. We uncovered a lot of issues, but three things really stood out:

1. Our game is awesome. People love it and want to play it.

2. The subscription requirement was driving away huge numbers of people who do not want to commit to paying monthly.

3. The frequency of our Game Updates was way too slow. People were leaving because we were not releasing new content fast enough to keep up with the pace at which it was being consumed.

You are now seeing the results of these conversations. Free-to-Play goes live this Fall, and we are dedicated to getting Game Updates out to you every 6 weeks or so. Though each of these efforts is incredibly challenging for the team, they have accepted that challenge and have tackled them head on!

But we know there is more we can do, more you want us to do. So today, I thought it might be more useful to dive into some more granular and “hot” topics.

Topic #1: Staff: Why are some developers leaving The Old Republic™? How will the game be affected?

Answer: People leave for a lot of reasons. Some have worked on the project for 6+ years and are simply tired and want to go work on something else. Others may not agree with the direction that the game is heading – Free-to-Play is not for everyone and requires a big shift in thinking and culture within the studio. Still others do not have the right skills for the roles that we have as the studio evolves and changes. When any single person leaves, whether we make the decision or they do, it is difficult, but the studio and game live on and thrive as we change, actually thrive because we change. The core of what makes the game and studio great are still here; quality in our game and in our workplace, people that are passionate about both, a camaraderie with each other that helps us support one another, and key people like James Ohlen (who was at BioWare from the very start) who continue to help us carry the banner of BioWare and who are dedicated to help evolve and improve Star Wars: The Old Republic.

Topic #2: Bugs: How does testing work? Why do bugs get through? Why did Game Update 1.4 have so many of them? What are we doing to improve the process?

Answer: MMOs are undoubtedly one of the most complex games on Earth. We employ hundreds of QA professionals to ensure that our game is high quality, but sometimes bugs get through. We test every step of the way as we develop the game or change to the game. We have many, many development environments that work in a sequence to push updates from initial construction, to code and content integration, to internal end-to-end testing, to player facing testing on Public Test Servers and then on to the Live servers. Sometimes (like in Game Update 1.4) we make changes that have unintended (and undiscovered) consequences on completely different parts of the game (the performance issues that showed up in the update are a great example of this). These unintended changes happen more often than you would think (or we would like), though we usually catch them before they go live. We have recently put new measures in place both on the development teams and in QA, as well on Public Test Server (where we should find many of these types of issues), to catch things like this in the future. I am not saying it will not happen again – bugs will always happen – but we will strive to give you the best, high quality, bug-free experience that we can. As a side note, we finally got a lock on the last of the major issues from Game Update 1.4 and appreciate your patience with that one.

Topic #3: Oceanic populations. Are we doing anything about them?

Answer: We are very aware of the concerns with the population levels on the Oceanic servers. The problem is pretty complex, as the solutions we have either split the populations further (like allowing Oceanic players to move to North American servers), or would force players to go to server types (PvP or RP, etc…) that they do not want to be on. Our current plan is to wait for Free-to-Play to launch and see what the influx of new players does to the populations of these servers. We will give it a little time and if we do not see significant improvement, then we will move ahead with the solution that offers the best playing experience for the Oceanic community.

OK, that is it for now. Please keep your comments and questions coming and I will try to answer the biggest, unresolved questions in these “State-of-the-Game” posts. I want to thank you all for the opportunity to be involved with such an amazing game like Star Wars: The Old Republic. I will do everything in my power to take care of the game, and help guide it to a great future.

jeff hickman|state of the game