Pova took the datapad she was offered and keyed in the planet’s name. The device’s light cast a green glint across the shadowed alleyway, reminding her of home. The looming cityscape of Nar Shaddaa was nothing like her homeworld’s endless seas of grass and plains.

Passing the datapad back, the light shifted, and she caught a better glimpse of her contact’s face. Handsome, but tired, with cybernetics wrapped around one eye. He tapped a few times, presumably searching for Copero in a galactic map. She shook her head. “Ascendancy planets are never marked right. You won’t find it with normal star charts.” 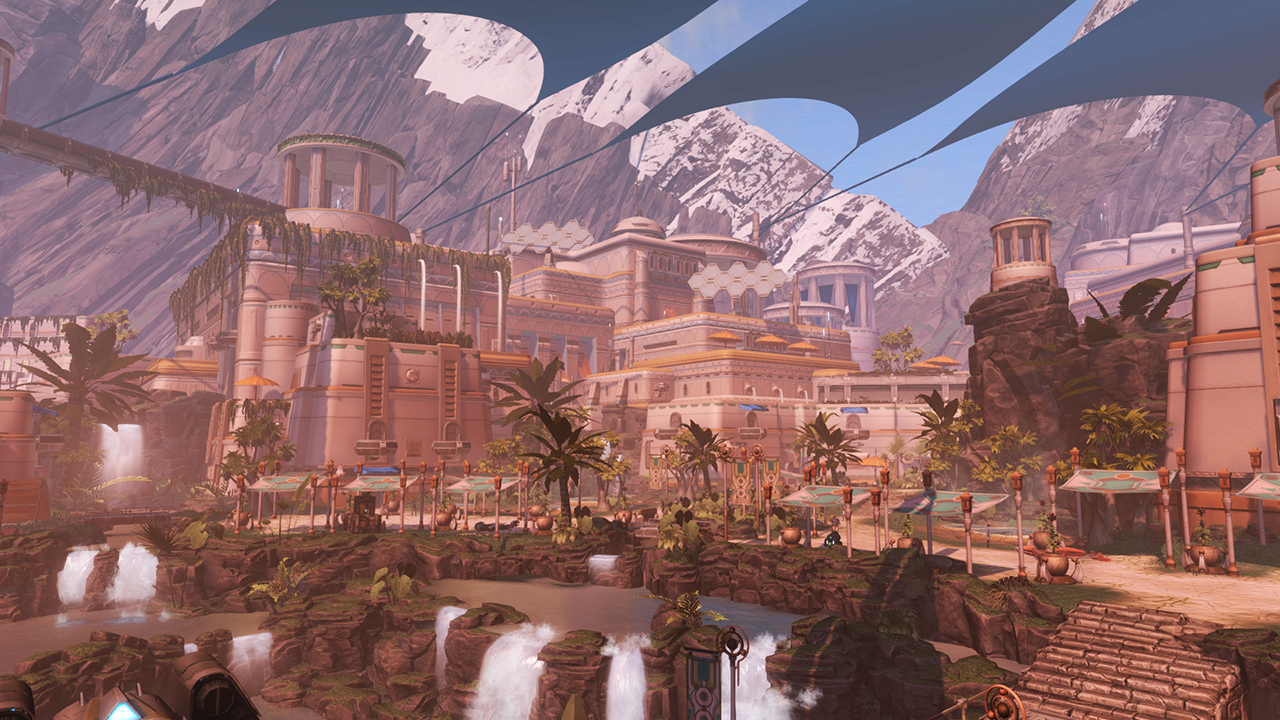 He started to smile, caught himself, and kept his now-stern focus on the datapad. “These aren’t normal star charts. Who’s your source?”

“Anonymous.” Pova glanced toward each end of the alley cautiously. “Unless the fee doubled when I wasn’t looking?”

“Double? I should’ve known the new jacket would make me look too well-funded.” The contact scratched at the back of his head idly, but said nothing else as he continued reading.

“What you’re paying me now is enough to hide myself after. If I tell you about the source, they’ll have to hide too. Double the disappearances, double the costs.”

“Disappear together. Cuts costs, and much more fun.” He looked up and met her eyes. “It’s what you were planning to do anyway, right?”

Pova shrugged as nonchalantly as she could, turning to stare down the alley and avoid his victorious grin. He forgot to hide it this time. “Two people, double the meal costs at least. Plus I have to stay in nicer places, or she won’t be impressed. Us spies have a reputation to uphold.”

“That we do. Impress me first, and I can do an extra fifty percent.”

Pova made a show of considering the offer, then turned back to meet his gaze. “Her grandfather was in the Chiss Expansionary Defense Force, back when they first made their treaty with the Sith. His team was assigned to get some extra collateral, in case the relationship went sour.”

“And the ‘collateral’ matches the specs I gave you?”

“I had to do long-range scans from a resort a couple of klicks away, so I can’t say I laid eyes on it. But yeah, no chance it’s anything else.”

“Works for me. Files say the Mitth family runs things on Copero. Is that right?” 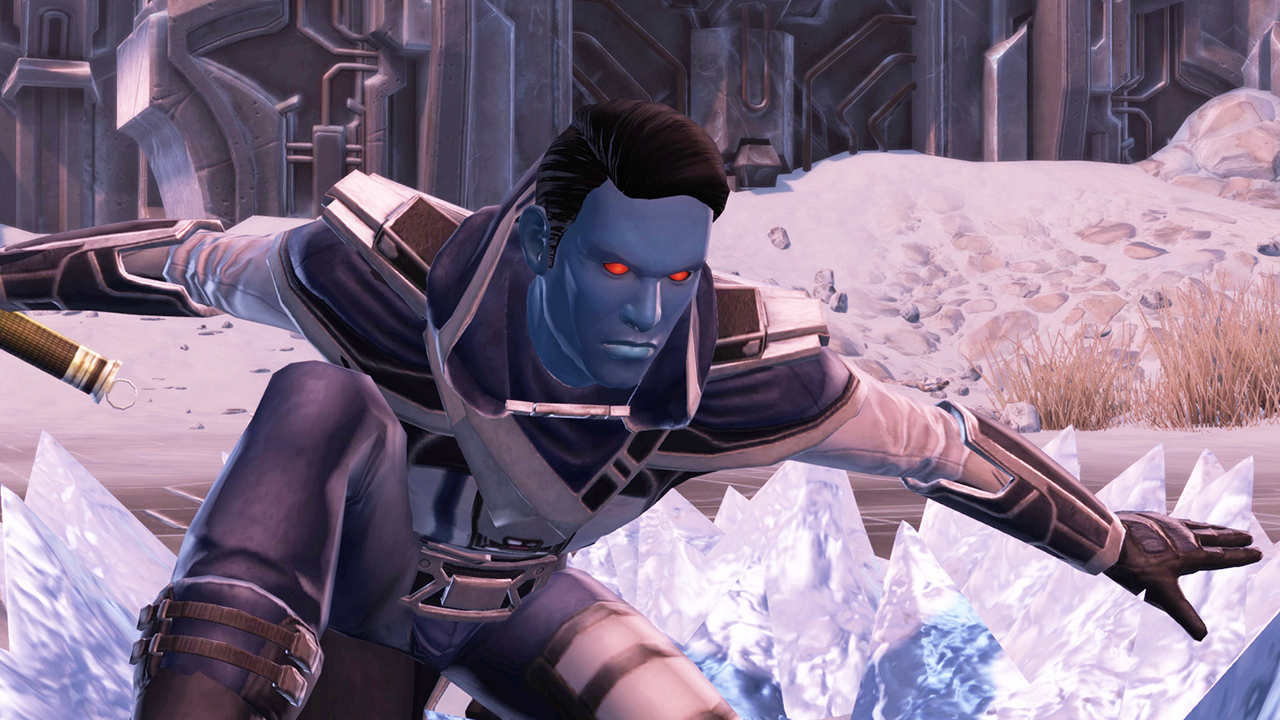 Pova shook her head again. “Their shipbuilding business has hit some hard times. House Inrokini bailed them out with a huge investment, so they’re the real power these days. Not that Mitth advertises the fact, of course.”

“Sounds like I need to make some friends from Inrokini, then.” The contact tucked his datapad into his coat, then checked a chrono on his wrist. “How’d you two meet?”

Pova didn’t even try to hide her look of surprise. “What?”

“Your source.” The contact tucked his hands into his pockets and casually leaned back against the building behind him. “I’m a sucker for a good romance. How’d you meet her?”

Pova scowled a bit, but acquiesced. “We rode the same train route on Corellia. Made each other as spies, chased each other around town, took a few shots back and forth. You know how it is when you meet someone you like.”

“Well, once the ammo ran dry and we were down to knives, we got to talking, and figured out we weren’t specifically ordered to kill each other, so we agreed to go our separate ways.” Pova smiled as she checked that the alley was clear again, then turned back. “Next morning, I hop my usual train, and who’s there, bandaged up almost as bad as me?”

“Obviously, we weren’t supposed to know each other, but the bandages were the perfect cover for striking up a conversation. She gave her fake name, I gave mine, we told each other our made-up stories of how we got injured. We both missed our stops, we were laughing so much. Things just went from there.”

The contact straightened back up but kept his hands in his pockets, turning a bit toward one end of the alley. “Speaking of missing your stop, I’ve got a ride to catch. Luckily not a train this time.” He gave a brief, respectful nod, and started to walk away. Pova turned to leave in the opposite direction, but heard him speak after she’d taken a few steps toward the street.

She turned back and saw him looking over his shoulder toward her, his expression inscrutable. He continued. “Different jobs, different goals, loads of secrets. Hell, you’d nearly killed each other.”

Pova considered the question for a moment. Droplets of oily rain started to fall, spattering and pinging off metal and glass all around them. “When you know something’s right, you do whatever it takes.”

The contact looked off into the distance a moment, then nodded thoughtfully. The rain picked up as he disappeared into the dark alleyway. Pova turned and set off toward her ship, threading effortlessly into the crowds navigating Nar Shaddaa’s sea of rain-slicked durasteel and glimmering lights.

Find out more about the ‘A Traitor Among the Chiss’ update coming November 28th!