Get a first look at the ‘Defend the Throne’ Launch Trailer here. 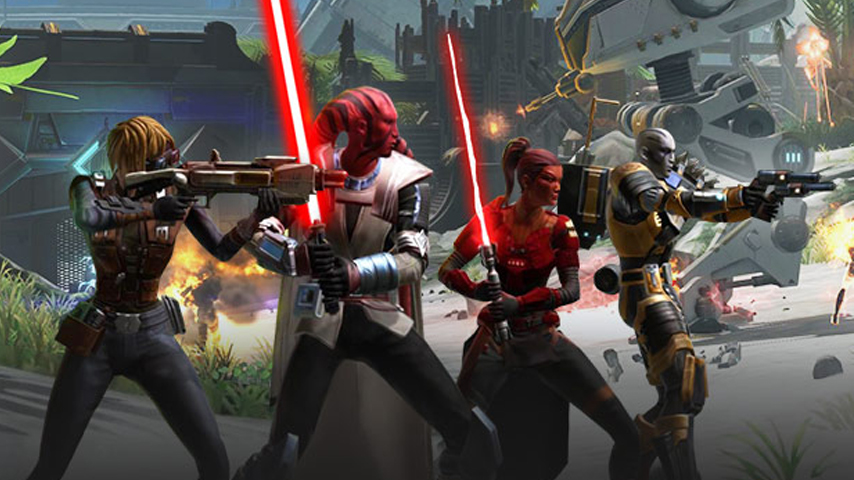 BioWare™ and Lucasfilm today launched exciting new multiplayer and solo gameplay with the ‘Defend the Throne’ Game Update for Knights of the Eternal Throne. Rally your troops for battle as rivals, traitors, and rogues alike seek to challenge your rule in Galactic Command. Whether you’re playing alongside friends or ruling the galaxy solo, the time has come to DEFEND THE THRONE!

For those looking for the ultimate solo combat challenge, Master Mode difficulty mode is now live for all 25 Knights of the Fallen Empire and Knights of the Eternal Throne Chapters! As the most challenging combat level yet, Master Mode is your chance to prove your combat mastery for all the galaxy to see. The soldiers of the Eternal Empire will be more formidable than ever, and you alone must triumph over Zakuul’s most powerful family. Are you ready for the ultimate combat test?

Plus, gather your allies for heart-pounding new multiplayer battles which will put your combat skills and teamwork to the test! Fire up Galactic Command and lead your friends into combat in FIVE new Uprisings, including:

Unlock all this and more with the new Galactic Command system when you reach Level 70 in the new expansion. From Uprisings to Dark vs. Light Battles, Knights of the Eternal Throne puts you in command of the galaxy!

Stay tuned for more Game Updates to the Knights of the Eternal Throne Expansion: www.StarWarsTheOldRepublic.com/Eternal-Throne/Updates