E3 2011 is almost here! Taking place at the Los Angeles Convention Center from June 7th through June 9th, the Electronic Entertainment Expo is the premier trade show for game developers and publishers worldwide. BioWare and LucasArts will be in attendance to reveal new information about Star Wars™: The Old Republic™, but you don’t need to travel to Los Angeles to get all the latest information. Read on for a sneak preview!

You can get your first glimpse of The Old Republic at E3 the day before the show officially opens at the Electronic Arts press conference. Watch the press conference on Spike TV or via live stream on EA.com, on Monday, June 6th at 12:30PM PDT (3:30PM EDT; 8:30PM GMT; 9:30PM CET).

The Old Republic will dominate the South Hall of the convention center, as part of the EA Booth (#1601). Admittance to E3 is for members of the games industry only, however if you’re heading to the show, make sure you stop by the booth to play.

For those of you who can’t make it to E3, we’ll do our best to bring the show to you. As well as reporting regularly on Twitter (@SWTOR), we’ll also be updating our Facebook page from the show floor, and also bringing you some brand new content right here on the official web site.

To whet your appetite, here’s a sneak peek at some of the exhilarating new stuff we’ll be sharing during E3 week: 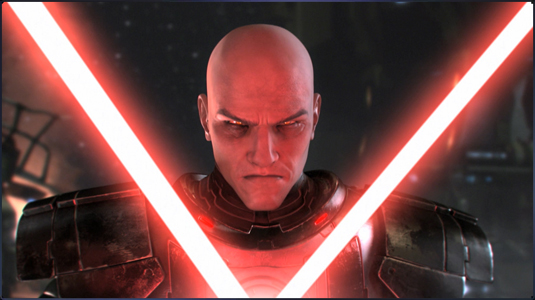 You may recall the dramatic cinematic trailers we’ve released at previous E3 shows. First, “Deceived” showed the dark triumph the Sith Empire achieved by sacking Coruscant and destroying the Jedi Temple. Then “Hope” took us back a few years in Old Republic history to the courageous stand made by Republic heroes in the Battle of Alderaan. These are critical points in the history of The Old Republic, but there’s another moment that we’ve yet to share. 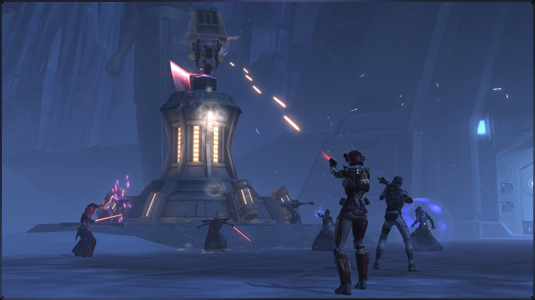 The planet of Belsavis holds a terrible secret; a secret unknown to both the Empire and Republic for thousands of years. Now, groups of elite heroes must fight to prevent this ancient threat from escaping and causing massive destruction. Prepare yourself for your first encounter with the Eternity Vault. 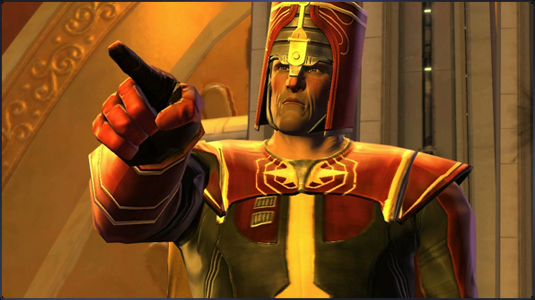 You’ve seen Alderaan’s beautiful vistas; you’ve seen the action-packed Warzone. Now you’ll see a showdown with an army of zealous soldiers, protecting a military general who has seized control of the throne. Removing this usurper is not going to be easy, but someone has to do it… 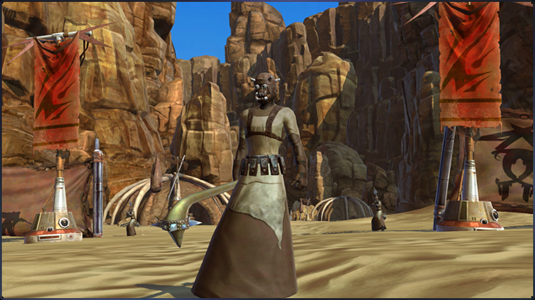 Sandpeople are easily startled, but they’ll come back soon, and in greater numbers… and that might just be the beginning. E3 attendees will get to battle Sandpeople and experience something that’s never been seen before on Tatooine... stay tuned to see it here.

The Old Republic team has partnered with the following press outlets and sites to broadcast live gameplay throughout E3 week. Visit these sites for show times:

To stay up-to-speed on all the exciting information coming out of E3, be sure to check back regularly to SWTOR.com, the Community Forums, our Twitter feed and our official Facebook page throughout the show and check our Events page for the latest info on where The Old Republic will be next!