Since the initial announcement of the localized versions of Star Wars™: The Old Republic™, we’ve heard the growls and roars from the community requesting the game be translated for Wookiees, and we are pleased to announce that this dream is now becoming a reality.

From their subtle roar of sadness to the pleasant yelp of excitement, Wookiees are a role model for companionship, loyalty and respect, and we at BioWare and LucasArts want to show our appreciation. Therefore, all text in the game will be translated into Shyriiwook, and all voice-overs will be re-recorded by authentic, native Wookiee speakers.

Though the Shyriiwook version of The Old Republic is still in development, we have a sneak peek at some of the most dramatic moments in the game so you can see how these cinematics will play out for our Wookiee audience.

See this dramatic confrontation that comes at a key moment in the noble path of the Jedi Knight on Tython. 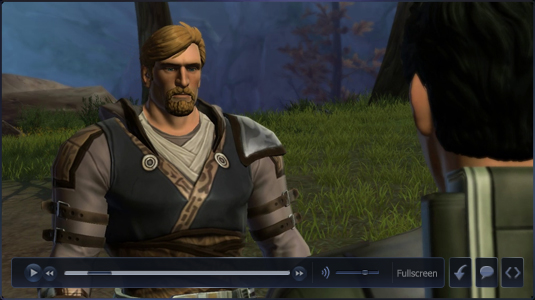 See how the Shyriiwook delivers the feel of another epic moment in the exciting Esseles Flashpoint, when Commander Narlock rallies the troops in their desperate battle against the Empire. 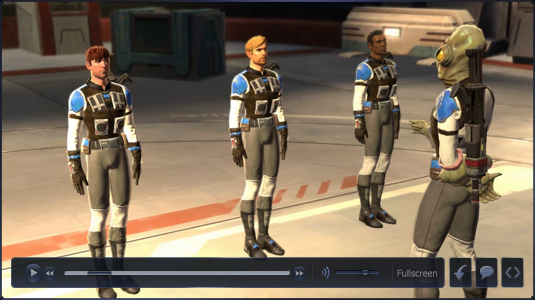 Another great clip allows you to feel the emotion of one of the most exciting romantic moments of the game, where Shyriiwook adds an entirely new dimension to the experience. 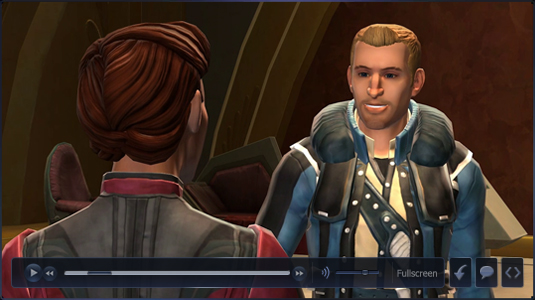 Finally, to fully immerse yourself in the Wookiee mindset, we’ve developed a plush new version of the user interface that should keep that warm, fuzzy feeling alive even when you’re in the depths of the ice caves on Hoth. We are further proud to announce that this is the first-ever video game to take the step of reaching out to our furry friends, and we hope that Wookiees and their loved ones across the galaxy will feel closer to the entire gaming community as a result.