Introducing Uprisings, a brand new combat experience that will launch with the Knights of the Eternal Throne expansion on December 2nd. Be at the center of action-packed 4-player battles that challenge players of all skill levels. Once you hit maximum level, you can jump into Uprisings through the Galactic Command interface, accessible from anywhere in the game. If you want to learn more about Galactic Command, head to our overview blog located here. 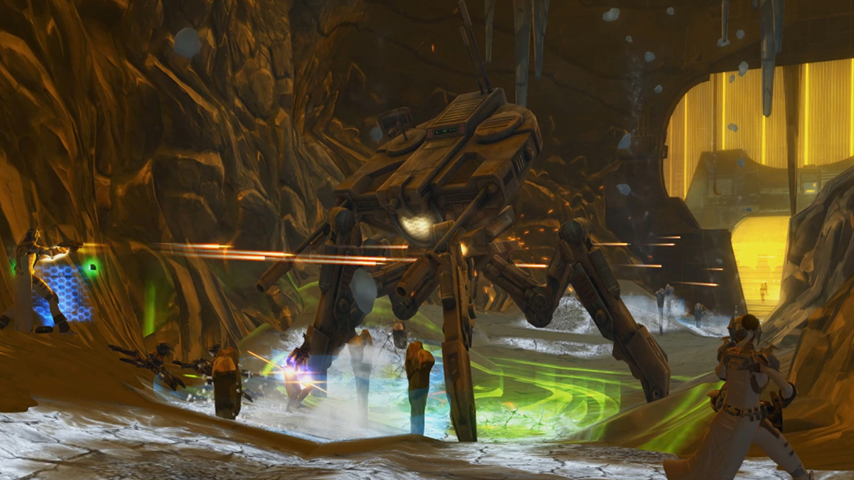 What is an Uprising?
What sets Uprisings apart from other activities such as Flashpoints and Operations? It’s simple. Uprisings are meant to be faster-paced and action-packed combat adventures where you must fight through multiple enemies at a time as you work your way towards more challenging foes. In Uprisings, you will jump into the action quickly, taking on some of the most dangerous foes in the galaxy. Those enemies have spawned these Uprisings, questioning the very power of your Alliance.

With the launch of Knights of the Eternal Throne you can customize your level of challenge in any Uprising, choosing from multiple challenge modes including Story and Veteran. Veteran Uprisings will be among the most challenging battles in the game. If you can succeed, playing through a Veteran Uprising will be one of the greatest sources of Command Experience Points that contribute to your Command Level, allowing you to unlock increasingly more powerful gear, weapons and more.

As you’re fighting through Uprisings, look for special power-ups located throughout the area to help aid you in your fight. These power-ups may include:

With these power-ups at your disposal, you should be able to dispatch any Uprisings that appear throughout the Galaxy.

Get ready to join your friends and guildmates in fast and challenging Uprisings!