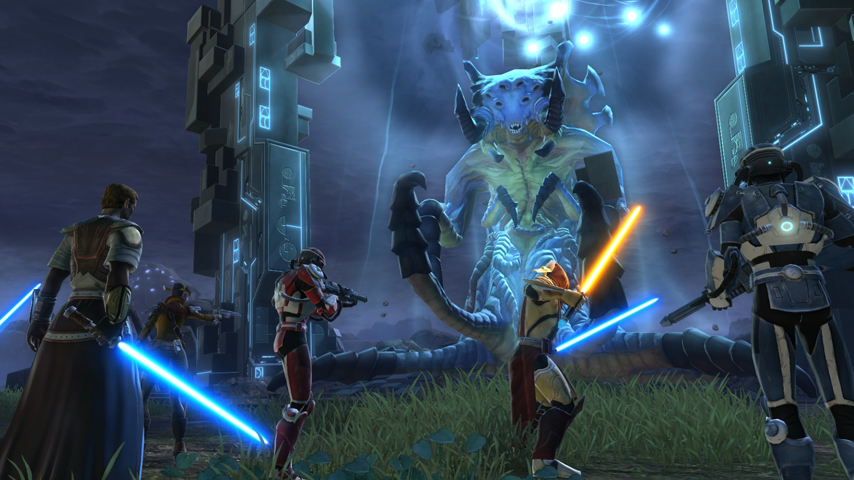 Hi there! We are very excited to release Game Update 2.2: Operation Nightmare today. The real focus of this update is guilds, and it introduces new challenges for well geared guilds, better guild bonuses, new best in slot gear using a new animated VFX system, and new elder game crafting options. Of course this all comes along with the normal plethora of bug fixes, game tweaks, and continued under the hood performance optimization tweaks.

In Game Update 2.2, Nightmare Mode for Operation: Terror From Beyond will be unlocked. With it comes the most challenging Operations bosses in the galaxy, new achievements, and a new sub-tier of gear: Kell Dragon! 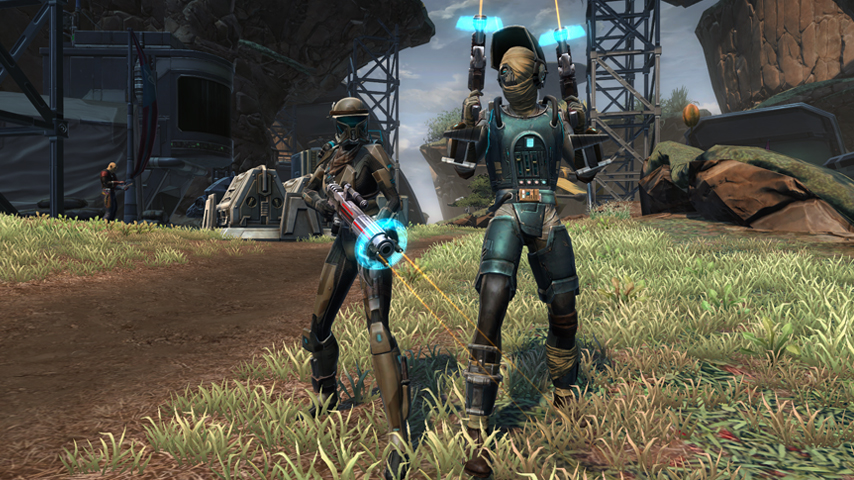 This is the first time we’ve had a sizable array of bosses ready to be released in Nightmare Mode all at once, so we’re doing things a little differently. The full set of Kell Dragon gear will be exclusive to the Nightmare difficulty, divided across the twelve bosses in Terror From Beyond and Scum and Villainy. So approximately half the set will be available with the release of Game Update 2.2. Nightmare Mode Scum and Villainy will be unlocked in Game Update 2.2.2, and it will contain the rest of the set. We’re deliberately spacing them out to allow guilds time to focus on progressing in each.

Speaking of guilds, eight weeks ago in Game Update 2.0 we added a 5% experience bonus. With this update we are taking that bonus a step further, and guild members will gain additional experience rewards up to 10% depending on the number of active members in the guild. We have also added a Reputation gain bonus for guild members that also scales up to 10%.

In the past, we’ve distinguished higher sub-tiers of gear with color schemes. But with the advent of armor dyes, color schemes are too mutable to distinguish powerful equipment, so we’ve gone a step further. Kell Dragon gear is distinguished by a new layer of animated FX which really sets it apart from anything we’ve released up until now. Rated PvP gear (Firebrand) will share this distinguishing visual feature. Crafters also have something to look forward to – because Kell Dragon is the new best-in-slot gear for PvE, Underworld gear can now be reverse engineered into schematics. Crafting Underworld gear will not be easy, however. It requires several exotic materials, including a Mass Manipulation Generator. The crafted version of Underworld also lacks the set bonus, so Operations are still the best place to get your gear. I’d like to thank the guilds that participated in our PTS sneak preview of Terror From Beyond and Scum and Villainy. Be warned that the balance was not final – the true challenge awaits you when Game Update 2.2: Operation Nightmare launches. Which guild will be the first to emerge victorious from the nightmarish maw of the Terror From Beyond?