I’ve completed my initial reconnaissance per the Director’s request. Makeb is a tactical nightmare. See attached data readings on the atmospherics, but long story short, it’s all but impossible to land anything bigger than a shuttle, and even that’s risky. Planet’s also undergoing some unusual magnetic storms and record-strength groundquake activity, so the danger doesn’t stop after touchdown.

Small unit deployments are going to be the only option here. Details on specific points of interest below.

Property owned by local business magnate Shalim Avesta. Avesta should be the primary contact point for any Republic forces we deploy. His plantation is fairly secluded and, so far, untouched by the Hutt Cartel’s takeover. The locals have built up defenses as best they can, but they’re not going to hold against a concentrated assault. Suggest any advance forces prioritize a defensive buildup. 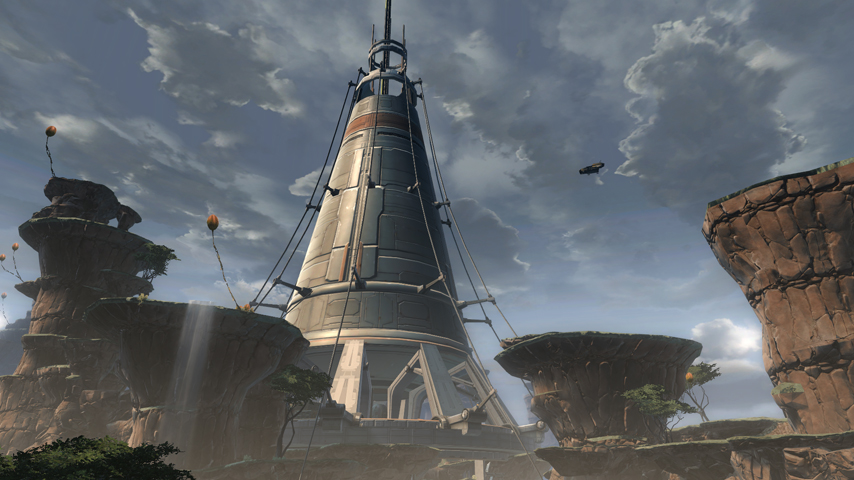 Makeb has a set of orbital stations anchored directly to the planet’s surface, accessible via turbolift. All industrial grade. I’d guess these were meant to bypass the atmospheric issues for import/export, but the lifts are too slow to be useful for any major military operations. The Cartel keeps them protected, but even they haven’t found much use for them.

Makeb’s capital city. The Hutt Cartel has it locked down tight. I wouldn’t suggest any frontal assaults until we can land some pretty significant forces with armor and air support. Enough tight structures and corners that a small team might be able to make it in, if it became a necessity. Lots of local civilians still in play, though, so collateral damage is a concern.

Private resort owned by the head of a local mining corporation, Solida Hesk. She’s deep in the Hutts’ pockets, and judging by the transaction records I’ve sliced, she’s been on their payroll for years. Judging by the resort, the Hutts pay well. Possible secondary target—could provide some interesting intel.

This place used to be Makeb’s main treasury. Probably the most naturally defensible point on the planet, since someone was crazy enough to build it in the middle of a volcano. Can’t even imagine the contractor costs.

Cartel forces are all over this place, with some significant shipping activity. Best guess, the Hutts are storing something here, but I couldn’t get close enough to tell what they’re so eager to keep locked up. Suggest our forces give it a wide berth until we have significant resources groundside. This is the operations center for all of the Cartel’s efforts on Makeb. If we’re going to make a serious run for the planet, we’re going to have to hit this place sooner or later. It won’t be an easy one.

My initial findings on Toborro himself are detailed in the attached profile sheet, but the highlights are: power-mad and paranoid. Advise that any ground team personnel don’t underestimate just how far this Hutt is willing to go to keep his credits flowing.

Just to reiterate: any intervention on Makeb is going to be a nightmare. Severely limited deployment options, significant Cartel defensive positioning, and aside from some enthusiastic locals, not much in the way of friendly resources.

Anyone we send in here is going to have to be really, really good.