Game Update 2.0 introduces Operation: Legions of Scum and Villiany for level 55 players. The storyline picks up the trail of the Dread Masters after Operation: Terror from Beyond. Both the Republic and the Empire have heard rumors of a gathering of mercenaries, arms traders, and war beast handlers on the remote desert planet of Darvannis. Intelligence points to the Hutt Cartel as the organization that is gathering an army for an unknown purpose. Both Republic and Empire forces know that the Hutt Cartel must be stopped. 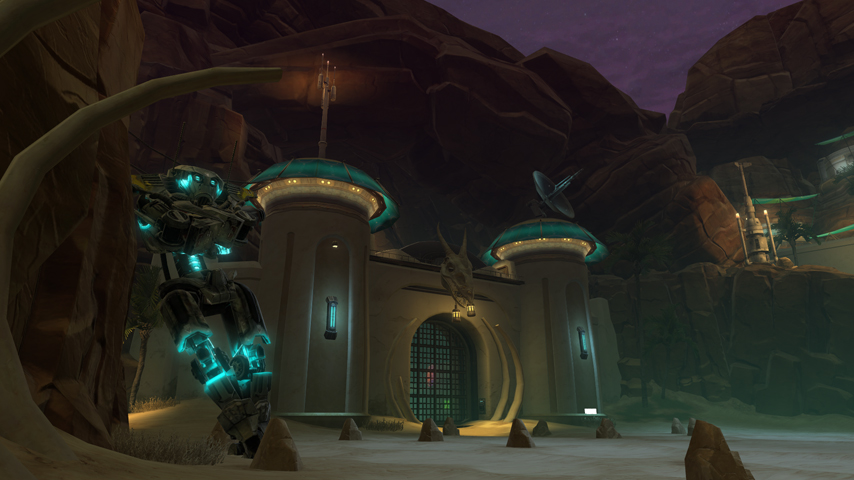 Players arrive outside of a city built into a protective canyon, in the midst of a sandstorm at dusk. Before arriving at the gates of the city, players must traverse the sandstorm and defeat the Dash’roode, a creature who has made his home in the sandstorm. Upon arrival, the gates will be barred and protected by a "one Droid army", who’s sales pitch has always been “regional annihilation at reasonable rates!” Once inside, players will confront the bulk of the gathered mercenary army. Speed and covertness are key to surviving the heavily patrolled city center as night falls. Players will need to plan their purchases carefully when dealing with the pushy arms dealer, Olok the Shadow. Finally, players will confront the leaders of the armies, and then discover the true purpose of their gathering.

For the BioWare team, creating a new Operation is always exciting yet challenging. We’re always on the lookout for new ways to challenge players, particularity for the Hard Mode difficulty. At the same time, we want players to feel like they’re a part of the story as they battle through the Operation as well, and this is the focus of the Story Mode difficulty. Darvannis itself provided some inspiration for us. For example, the idea of becoming lost in a howling sandstorm formed the basis for the Dash’roode encounter. Like all of our previous Operations, Legions of Scum and Villainy also features another “puzzle” encounter. This time, players will have to rough up a wealthy buyer who is browsing the wares of Olok the Shadow, who has an array of deadly war Droids for sale. Using credit tokens acquired from the Wealthy Buyer, players can purchase Droids from Olok’s selection, but be careful, as sometimes you can get more than you bargained for. 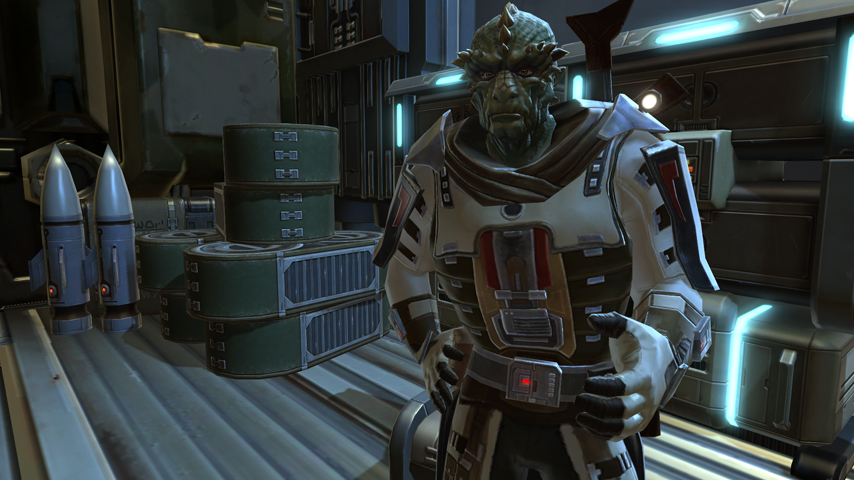 The dangers of Darvannis do not come without rewards! Two new armor sets are available to those who brave this harsh world and survive, one from Story Mode and one from Hard Mode. Each gives a new, unique appearance for your Class.

I hope everyone enjoys Darvannis as much as we enjoyed making it!