We believe competitive measure is an important part of a complete PvP experience. As such we are excited to be introducing the first phase of that to Star Wars™: The Old Republic™’s PvP gameplay in Game Update 1.2: Legacy, with Pre-Season of Ranked Warzones. We want to emphasize this is Pre-Season while the community and development teams collect data and refine the system in preparation for Season One, which will begin with the inclusion of cross-server Warzone queuing. The Pre-Season ratings will be reset when Season One officially begins.

In Game Update 1.2, any level 50 player will be able to queue up for Ranked Warzones by themselves or in a group of any size up to eight players. Performance will be tracked on every player who participates, as a rating that will be adjusted with every match won or lost (leaving counts as a loss and prevents you from re-queuing for several minutes) considering the ratings of all other players in the match. In other words, if the enemy team has an overall much higher rating than you and your team, your rating would only go down a small amount if you lost. Players will have a separate Solo and Group rating, meaning only the rating for which the player queued will be affected by each match.

The Ranked Warzone matchmaking system will match full groups of eight against one another, solo players against one another, players with similar ratings, etc. However, in order to ensure that players won’t have to wait too long for a match to occur, the system will become more ‘flexible’ over time. Solo and group queued players might be pulled together after a while if needed to launch a match. If a match cannot be made for extended periods of time, then Normal and Rank queued players (except those who queued as a group of five or more) might be pulled together to launch a ‘mixed’ match. Players will always be notified when a mixed match is made on the Warzone enter prompt. The rewards received in mixed matches will be based on how the player queued (type of commendations, rating adjustment if any, etc.).

We know that the flexible matchmaking and mixed matches are not ideal. They are only in until cross-server queuing is available and are the primary reason Ranked Warzones in Game Update 1.2 are Pre-Season, along with the opportunity to collect data and refine various systems in preparation for Season One. 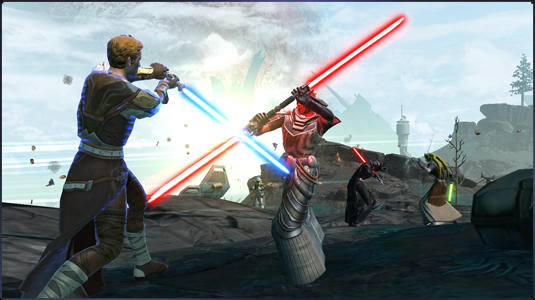 Note, Rank queued players will never be prompted to backfill a match. So you’ll never be placed in a match that is about to end that could cause you to suffer a negative rating adjustment. Additionally, the Group rating is adjusted regardless of the size of group you queued up with and groups of five or more players are never called into mixed matches. So for complete control over the fate of your group rating, we suggest you queue up with your seven closest buddies that are good at PvP!

Game Update 1.2 will include several changes to round out the Warzone reward system. They will affect both normal and Ranked Warzones.

Continuing on the changes introduced in 1.1.5, normal and Ranked Warzone Commendations can now be used to directly purchase gear. This is to help ensure commendations maintain their value throughout progression and thereby the inherent Warzone reward mechanics.

Ranked Warzone Commendations in tandem with the equivalent Battlemaster piece can be used to purchase pieces of the brand new set of PvP gear called War Hero. There are no other requirements for purchasing or equipping this gear. 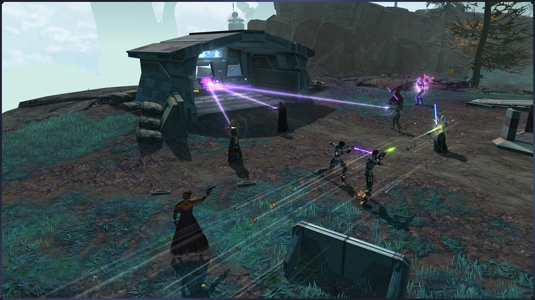 The final score for your team at the end of a match now always directly affects the rewards of all players on your team. So, high scoring games will reward more. Thereby better preserving reward meaning for continued good team performance - even if it looks like your team is losing. Experience reward is an exception to this. It will be a factor of time in the Warzone and participation.

Players who earn few to no medals will have their overall rewards reduced. For example, if a player goes ‘AFK’ for some reason and gains no medals, they will receive no rewards.

There are twelve new objective medals awarded for thresholds of objective offense and defense points which are earned for various objective accomplishments and participation (e.g. help defend a door in Voidstar, passing for score and scoring in Hutball, heal allies near an objective in Alderaan, etc.). These medals are intended to add to the objective oriented incentives as well as ensure players of all classes and skill levels can earn at least the minimum for no reward reductions provided that they participate in the objectives for the duration of the match.

There are several new medals awarded based on how quickly your team won the match. This combined with the medal reward cap introduced in 1.1.5 incentivizes winning matches as quickly as you can.

Level 50 Warzone quests now award a handful of commendations but the bulk will be earned by performance in Warzones. This ensures the focus remains on the direct Warzone reward mechanics.

Note that all rewards are still not given until the end of the Warzone.

Players will be able to vote to kick AFK players out of a Warzone. Any player can vote to kick a player through the group context menu. This will not initiate a vote prompt, but rather must be actively sought out by multiple players. Once a player has received several votes they will receive a prompt indicating that they’ll be kicked from the Warzone in a few seconds if they do not engage in combat or defend an objective. A player who is kicked from the Warzone in this manner will be returned to their original location before they queued, and will not be able to queue up again for several minutes.

In addition to Ranked Warzones Solo and Group Ratings, players will now have several other PvP stats tracked including:

Republic and Empire are locked in a brutal conflict by air and sea on the new planet, Denova. An Imperial drop ship has crash landed near the Republic coastal base and quickly established a fortification. The teams will need to turn the mortar cannons on the opponent’s fortification to bring it down. However, both fortifications are shielded. One mortar cannon is not enough to purge the shield. A team will have to control at least two to inflict any damage on the enemy fortification.

This is a majority three-point domination map with a tug-of-war style objective control. Control progress is saved when interrupted and then can be resumed by a player of the same team or worked back through by player of the opposing team. A training simulation themed variant of the Warzone supports same faction vs same faction matches.

Hopefully this gives all of you some insight into the changes we’re making in Game Update 1.2. We’d love to hear your feedback on the changes and hopefully we’ll see many of you on the Public Test Server. Don’t forget, the details given here may change slightly before Game Update 1.2 reaches the live servers, as we react to feedback from testing!