With Game Update 7.0.2, we’re introducing a new functionality to the Outfit Designer: Weapons in Outfitter! 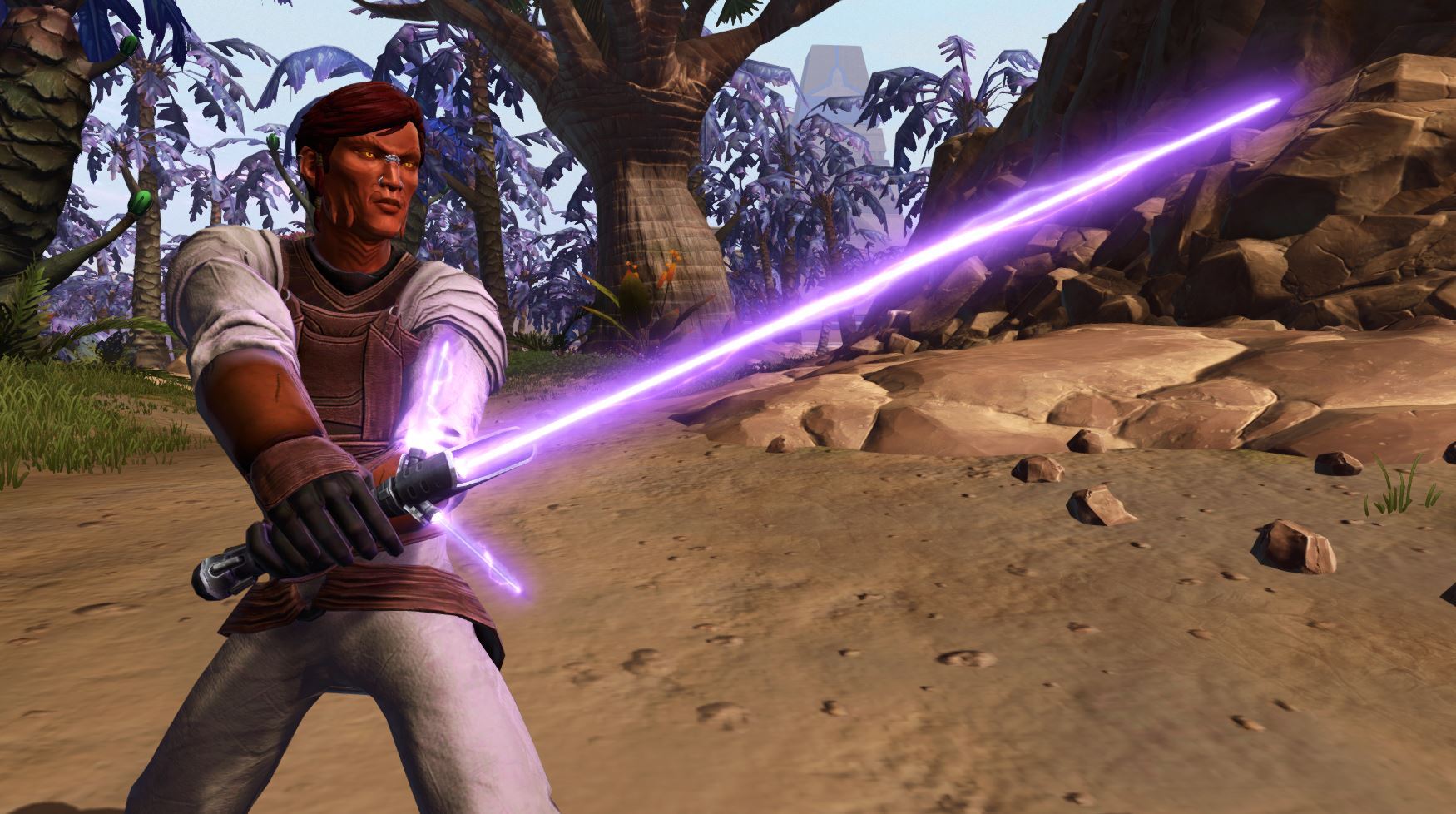 Outfit Designer is a feature we introduced with Game Update 3.2: Rise of the Emperor. This feature allows players to change the appearance of their characters by creating up to 16 outfits using their favorite Armors and switching between them at any time. Since its introduction, several improvements have been made to Outfit Designer, such as preview window updates and, more recently, an improved user interface (UI).

Similar to Armors in Outfitter, Weapons in Outfitter allows players to equip one weapon in the Gear window, which determines the stats applied to their character, and stamp the appearance of another weapon of the same type via the Outfitter window. For example, it is now possible for a player to benefit from the stats of the Stronghold Defender’s Lightsaber but enjoy the Reforged Derelict Lightsaber’s appearance. The weapon in the Outfitter slot (or weapons, for dual-wielding combat styles) also determines the sound and visual effects of your weapon with its unique audio, Color Crystal, and Weapon Tuning.

And that’s Weapons in Outfitter! Players can check out this new layer of customization today!