DISPATCH FOR COMMANDING OFFICERS OF THE IMPERIAL MILITARY

As galaxy-wide resource shortages continue, we can no longer consistently rely on our established suppliers of medical necessities. This includes the trade deal currently in effect between the Sith Empire and Manaan, our sole providers of the healing substance, kolto.

Intelligence suggests that Manaan’s people--the Selkath--believe they can avenge the destruction caused by our bombardment of their homeworld decades ago by only allowing us a meager procurement of kolto, despite Manaan’s overabundance of the resource. This laughable attempt at retribution must be put to an end.

To counteract the Selkath’s blatant disrespect while substantially bolstering our kolto supply, the Dark Council has authorized an offensive against Manaan. Careful planning is required--in the past, the Selkath have guarded against outside aggression by threatening to destroy all of the kolto on Manaan. This risk, coupled with the planet’s completely aquatic surface and lack of sufficient landing zones, necessitates a more cautious approach than our typical military engagements. 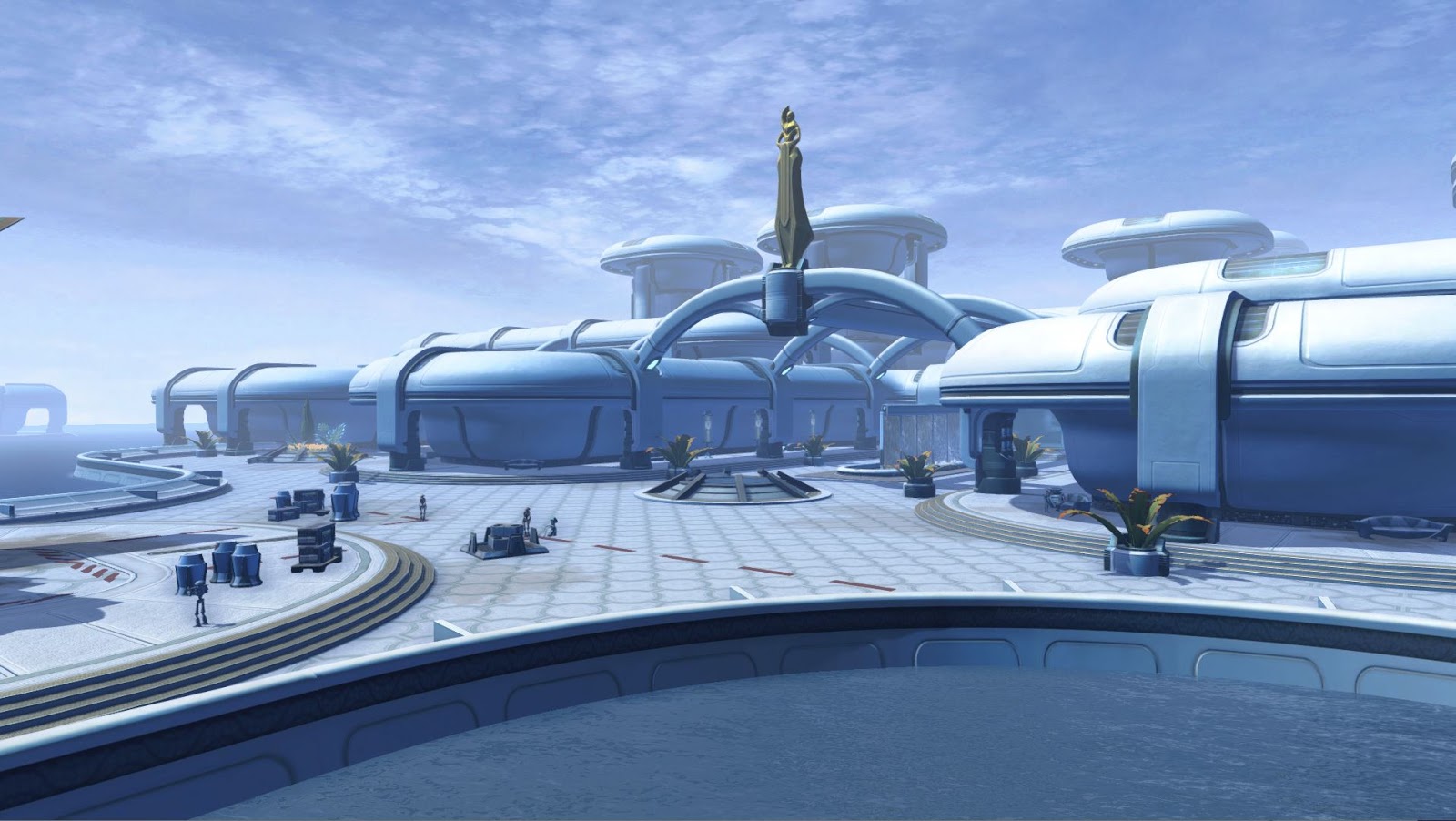 Following the incident that many historians refer to as “the Devastation of Manaan,” the Selkath abandoned their surface structures (the vast majority of which were destroyed by the Empire’s forces) and fully retreated to their underwater accommodations. In addition to physically secluding themselves, the Selkath withdrew from all participation in galactic politics as well.

In the years since the Selkath returned to the surface and resumed trade with both the Republic and the Empire, it has become increasingly evident that Manaan’s native population have few dedicated allies or friends to call upon. Millennia of isolation have heavily influenced the Selkath’s desire to stand alone, as shown by their steadfast commitment to “neutrality.”

If anyone were to attack the Selkath, they would vehemently refuse to call upon foreign associates for help. A foolish move on their part, as our reports indicate that their military strength is woefully insufficient and would be unable to repel an invasion without aid. Their fledgling organization, the "Manaan Special Warfare Group," has proven effective against poorly-armed pirates and would-be thieves, but it cannot possibly pose any threat to the Empire.

Even if the Selkath had a fully-organized military, the Selkath’s number of Force-wielding combatants is shockingly low. A secretive organization known as the “Order of Shasa”--made up of weak and fanatical fools--is all the Selkath have at their disposal. The extremist members of this order are unlikely to ever align themselves with the Selkath’s government or military, even in times of crisis--a harsh consequence earned by not keeping a tight leash on the Force users in one’s ranks.

Against the might of the Sith and the strength of the dark side, the Selkath stand no chance.

POINTS OF INTEREST AND LOCATIONS TO AVOID

Ahto City, or what remains of it, may seem like a tempting prize, but the half-sunken ruins of Manaan’s former capital should be considered strictly off-limits, for now. While there are most certainly technological and military advancements--as well as profits--to be made from scavenging what was left behind in Ahto City, the return on investment is still considerably low.

The possibility of such rewards is still just that--a possibility. Since the “Devastation of Manaan,” Ahto City’s supportive and foundational structures are largely in disrepair. This is unlikely to change, as the city is mostly submerged in Manaan’s treacherous depths, and has been for decades. Time and effort would be better spent toward a more fruitful endeavor, one that would produce guaranteed assets in our war against the Republic.

The Mercantile Plaza, where the Empire currently conducts the vast majority of our business with the Selkath, should not be used for military staging of any kind, for any reason whatsoever.

Although the Empire enjoys a stable presence in the Plaza, as well as extensive knowledge of both the Selkath’s and the Republic’s movement within it, any aggression on our part in this area will potentially result in Republic casualties. Doing so would open the door to Republic interference, as they would have just cause to respond in kind. Our goal should be keeping the Selkath as isolated in this fight as possible.

Reports indicate that prior to the Revanite crisis, the traitor Darth Arkous worked with a Selkath scientist named Gorima in a facility on Manaan’s ocean floor. As far as we can ascertain, the pair worked together in an attempt to create an army of “super soldiers” out of other Selkath.

The facility was obliterated, and Gorima was killed in the destruction. Rank and file military personnel should avoid the area. I have authorized a separate team, reporting directly to me, to investigate the wreckage and salvage any useful data from Arkous and Gorima’s project. Modifying their work into a tool that could enhance the abilities of our soldiers--or even better, control the Selkath’s forces--would send a firm message to anyone who defies the Empire.

Additionally, assets in my spy network have heard whispers of underwater devices on Manaan--purpose unknown--that once belonged to the unaffiliated spy known only as “The Shroud.” Evidence suggests that the equipment has been abandoned for quite some time. If it can be located, our forces should make an effort to retrieve it before Selkath leadership learns of its existence.

The subaquatic valley known as the Hrakert Rift holds one of the richest deposits of kolto in the entirety of Manaan. Claiming the area for the Empire would undoubtedly solve our medical supply problems, even beyond the end of our war with the Republic--but, until the Empire has established a firm military presence on Manaan, travel to the Hrakert Rift is strictly prohibited.

Should anyone choose to disobey this command, their fate will be decided by the monstrous Firaxan sharks that overrun the Rift.

This report should be taken into consideration in all strategy discussions, effective immediately. That said, all forces are hereby authorized to take the necessary measures to corrupt any relationship or alliance that affords the Selkath resources to wage war against us.

If the collective memory of the Selkath fails to recall the Empire’s last demonstration of power, then new lessons will be visited upon them.