The Pirate Incursion in-game event will initially be available for two weeks after 5.10.3 launches, and then it will join the other recurring events on rotation. Characters level 20 and above can travel to Dantooine and take part in the event. 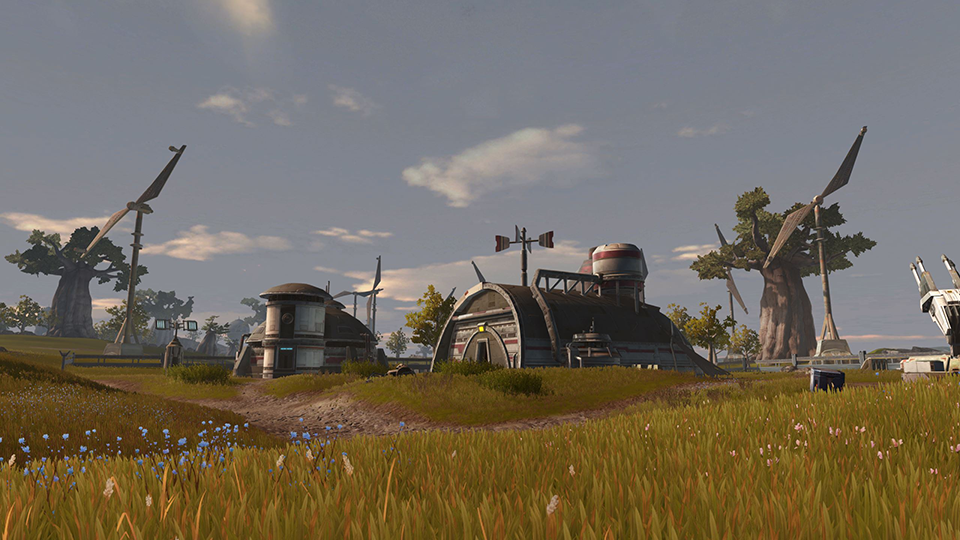 During the event, you’ll embark on a variety of both Normal and Heroic Daily Missions to support your faction’s interests on Dantooine. The Republic aims to drive off the marauding Nova Blades and thwart the small Imperial strike team sent to destabilize the planet, while the Empire will do anything it takes to weaken the Republic’s hold on Dantooine. The Nova Blades have one goal: plunder everything they can, no matter who gets in the way.

With war intensifying across the galaxy, you find yourself in a unique position to influence the outcome at critical moments. Once you complete the storyline on Ossus, you’ll find that your pivotal choice there affects certain missions on Dantooine.

If you’d rather take a stroll under the blba trees and enjoy the view of the ruined Jedi enclave unobstructed by pirates, you’ll have your wish soon. You can still visit and explore Dantooine when the event is not active, and you’ll even find a few Daily Missions unique to the peaceful landscape.

Dantooine has more than daily missions for you to discover, of course. You’ll want to conduct a thorough search of the planet to unlock all the secrets it holds!

Like other recurring in-game events, the Pirate Incursion offers several unique rewards. To earn these rewards, you’ll need to reach the appropriate reputation rank with the event faction by completing dailies and collecting enough tokens to purchase the items you want. Each faction has a vendor in their base on the planet who sells these rewards: