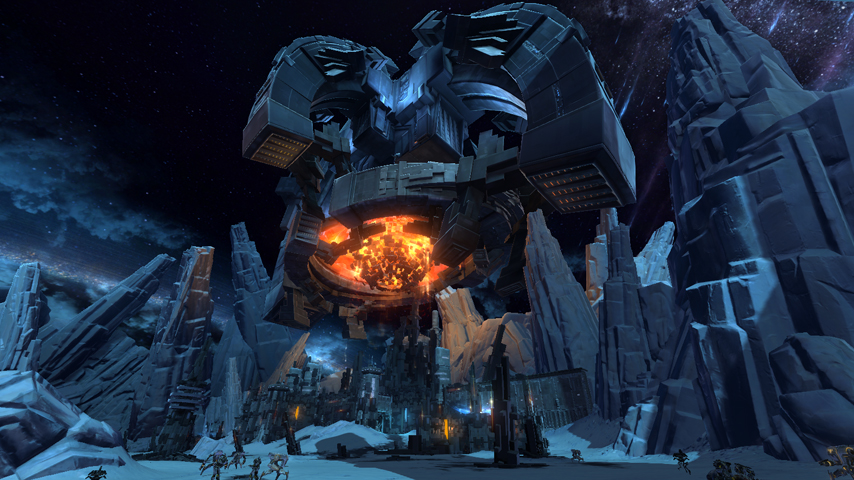 “Relics of the Gree” is a new, recurring event in Star Wars™: The Old Republic™ that takes place in the Western Ice Shelf on Ilum. The old battlefield between the Republic and the Empire has been transformed into a crucible for Gree research, and all players at level 45+ are invited to participate! 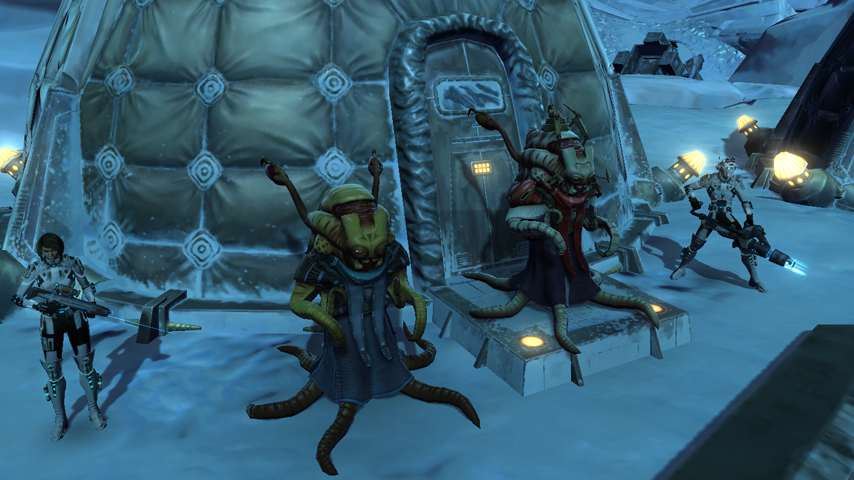 An ancient and powerful Gree starship has suddenly appeared and touched down in the midst of the frozen battlegrounds of the planet Ilum. Launched by the Gree’s ancestors long ago to explore and study the furthest reaches of the galaxy, the fully-automated vessel has been hyper-jumping from one star system to the next for uncounted centuries, examining the planets it discovers and analyzing how their native species respond to various stimuli, from mild atmospheric alterations to direct attacks.

For the modern Gree, the starship has come to be known as ‘Gray Secant,’ and carries an almost religious significance. Having long forgotten the techniques and intentions of their ancient predecessors, the Gree can only look back on their ancestors’ works with deeply-felt reverence and do their best to keep them functional. The reappearance of this unfathomably sophisticated starship is incredibly exciting for the Gree, and they want to do anything they can to further Gray Secant’s now-mythic purpose. Since the starship seems to have taken an interest in Ilum’s battles between the Republic and the Empire, the Gree have reached out to exceptional individuals from both factions, offering lavish rewards for those who travel to Ilum’s battlegrounds to fight and provide data for the Secant’s grand mission of galactic analysis.

The Western Ice Shelf on Ilum has been completely transformed by Gray Secant’s arrival. Gree architecture now grows from the ice, and enemies lurk everywhere. The old, defunct Imperial base has been eradicated by Gray Secant, and the Republic base lies abandoned far to the south. The Empire and the Republic have set up research camps to study the Secant – camps which double as staging platforms for forays into the contested area in the south.

The Secant’s arrival has changed the terms of the battle on Ilum. This is a PvP region restricted to groups of four players competing over limited resources to achieve daily mission objectives. Operations groups are disallowed in the Southern Bowl, but on PvP servers, the Northern Bowl will still host large-scale conflicts between the Empire and the Republic.

Many repeatable missions are available at each research camp, and those that require entering the Southern Bowl are flagged as [PvP]. These [PvP] missions do not directly require killing players, but the nature of the objectives will pit your group against all others in the region as you compete for limited resources in a relatively dense area. Additionally, the Secant’s Droids™ are weaker in the Southern Bowl, making Heroic objectives easier to complete if your group risks a foray into the contested area.

Preparing for the Event

The Western Ice Shelf now applies a Bolster effect to all players (but not Companions), similar to Warzones. Although enemies are level 50, level 45 players should be on equal enough ground to complete their mission objectives. If you plan to participate in the [PvP] missions, however, you will have an easier time if you pick up Recruit Mk-2 gear from the Fleet (this gear requires level 50). 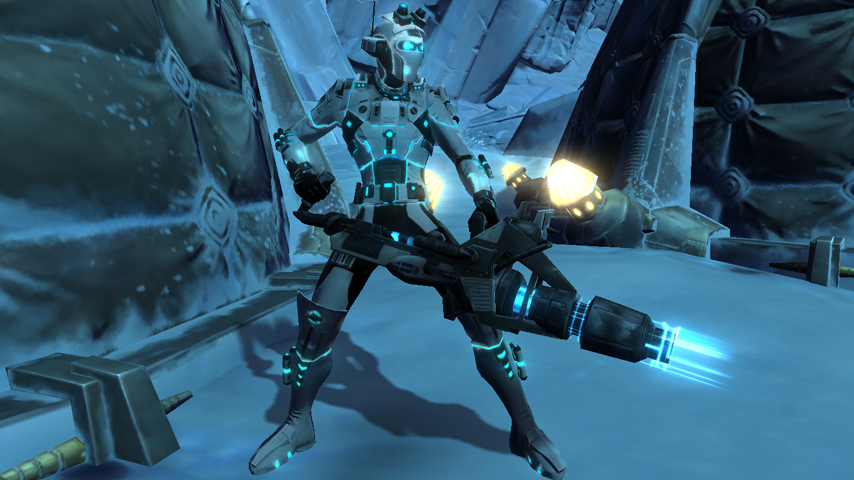 The Event Missions available during the “Relics of the Gree” event all grant Reputation Trophies for the Gree Enclave, in addition to commendations and credits. Access to titles, adaptive gear, and mini-pets can be unlocked with Reputation Ranks, and those who earn the trust of the Gree will be invited aboard Gray Secant itself!

Additionally, special “Gray Helix” weapons can be purchased with weapon component tokens that can be earned by completing certain missions or defeating the Operation boss at the heart of Gray Secant. These weapons are crafted from ancient Gree technology - you’ll find nothing quite like them in the known Galaxy. 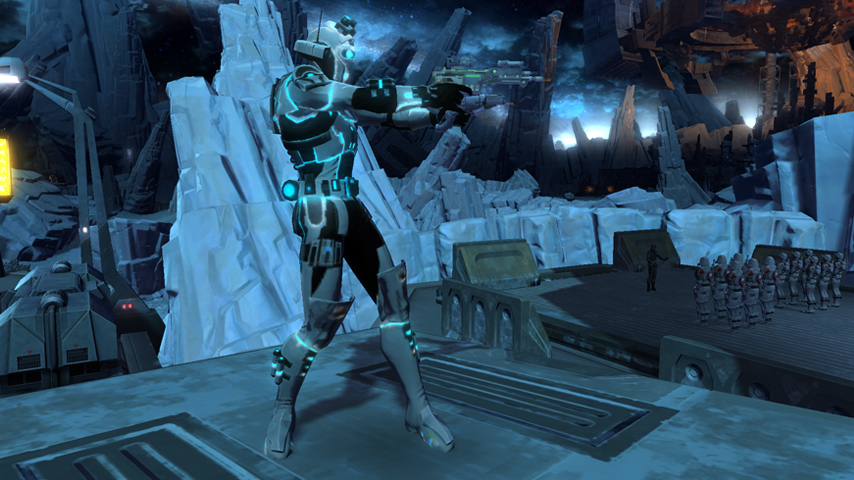 “Relics of the Gree” is a new recurring in-game event in Star Wars: The Old Republic. Gray Secant will come and go from Ilum as it continues its millennial mission to gather and analyze infinite data. The event will end when Gray Secant achieves Red Radian and departs the planet – but look forward to its return!