Knights of the Eternal Throne: ‘Rule the Galaxy’ Teaser

Get a first look at the ‘Rule the Galaxy’ Teaser Video here. 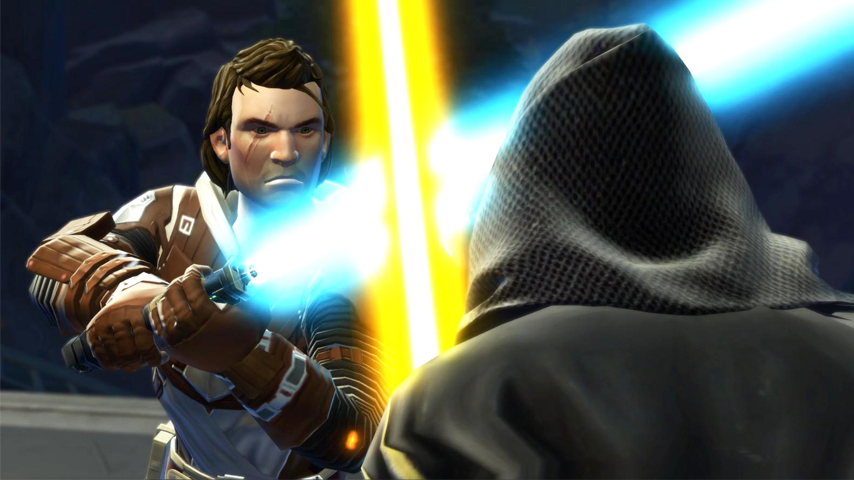 Claim the throne and seize your destiny in the upcoming Star Wars™: The Old Republic™ Expansion, Knights of the Eternal Throne. Watch the new ‘Rule the Galaxy’ teaser and prepare to face a life-or-death battle for the throne on December 2!

A dark empress stands in your way to the throne, and her army is ready to hunt you – The Outlander – and your Alliance to the edge of the galaxy. If you’re going to survive the battles to come, you’ll need loyal friends at your side and the help of unlikely new allies. But when the battle turns desperate, are you willing to put your fate in the hands of the former Emperor?

How far are you willing to go to seize the throne?

Knights of the Eternal Throne is free to all Premium Players (Subscribers) on December 2, and new players can jump right into the story with a free Level 65 Character! Plus, rule the galaxy with Galactic Command: fight your way through fast-paced, explosive Uprising battles with three friends, or ignite dark vs. light side battles across the galaxy!

Go Premium by November 27 to pilot the Rapid Recon Walker into battle against the Empress: www.StarWarsTheOldRepublic.com/Eternal-Throne/Rewards

Stay tuned for more details about the Knights of the Eternal Throne Expansion: www.StarWarsTheOldRepublic.com/Eternal-Throne

Plus, play the full Knights of the Fallen Empire prequel saga today and find out how your destiny is tied to the Star Wars galaxy’s most powerful family! Find out more: www.StarWarsTheOldRepublic.com/Fallen-Empire