E3 2011 is over and it has been a spectacular week for Star Wars™: The Old Republic™, with a lot of exciting content being shown on the E3 showfloor as well as behind closed doors over the past few days. We want to thank all of you for your support at the show and here on the site.

If you haven’t already, be sure to check out our gallery of E3 photos on Facebook, and check out our Twitter feed (@SWTOR) to see what we’ve been talking about throughout the show.

We have shared a lot of new material over this past week, so we put together this recap so you can make sure you caught it all.

Protected by the legendary Jedi Order, the Galactic Republic stood as a bastion of peace in the galaxy for a thousand generations. Several centuries ago, the greatest threat the galaxy has ever known emerged in the form of the dark Sith Empire. After a volatile war, the Republic emerged victorious and the Sith were assumed to be extinct. Nonetheless, the Jedi have maintained a constant vigil over the ancient Sith homeworld, to protect the galaxy from the darkness that still resides in the planet’s tombs.

Watch the Sith Empire’s return from exile in the Star Wars: The Old Republic cinematic intro “ 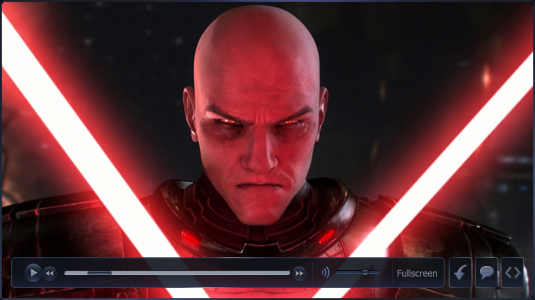 Star Wars: The Old Republic separates itself from other massively multiplayer online games by allowing the player to be the hero of their very own Star Wars saga in an immersive story-driven experience, while also standing as a fully-featured MMO. During E3 we unveiled a new video that gives you a preview of many of the in-game features in Star Wars: The Old Republic, which you can see here. 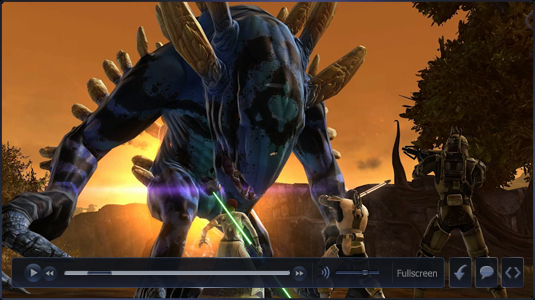 Players from all corners of the galaxy come together on the prison world of Belsavis to fight as a united group against a terrible evil locked away within the depths of an ancient prison. Watch as players group together to take on the Eternity Vault! 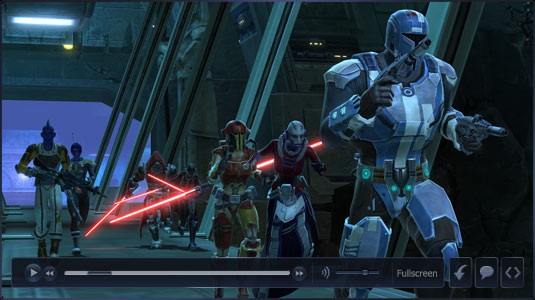 During E3 we released a new Developer Walkthrough that guides you through never-before seen sections of Star Wars: The Old Republic. This video takes you to Tatooine, where a group of Imperials must help a Sith archaeological team uncover the secrets of a lost research facility. 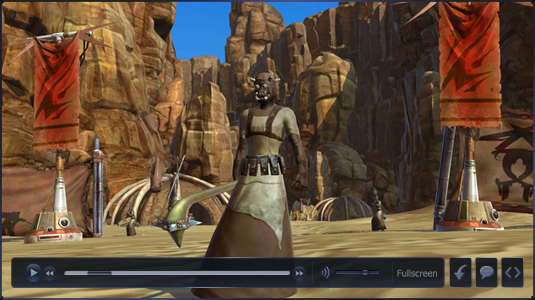 Not all of the big updates came from the E3 show floor. Here on the site, we’ve updated both the Game Overview and Game Setting pages with new content to give community members a fresh perspective on the game and the story behind it.