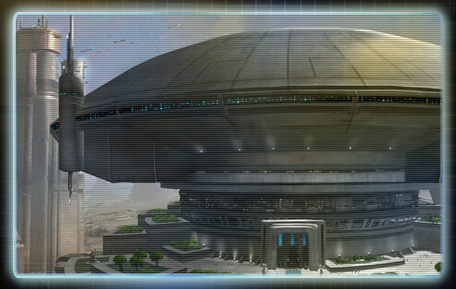 A Bright Light In The Darkness...

The revered Jedi Order has sworn itself to defend the Republic, to battle the darkness, and to bring peace and balance to the greater galaxy. The Jedi have served for millennia in this capacity, and in that time they have earned themselves the admiration of their allies, and the hatred of their enemies.

Less than a century ago, the greatest of those enemies returned…

The onslaught of the Sith Empire caught the Republic and the Jedi completely by surprise, and during a long and arduous war, the Republic was broken. After the capital planet of Coruscant was ravaged by the Sith’s Imperial forces, the Supreme Chancellor and the Senate were forced to sign the painful Treaty of Coruscant, which required the Republic to withdraw its support of several long-standing allies, including the ever-loyal Bothans.

Struggling with a wave of withdrawing star systems, an insurmountable supply crisis, and chaos on the streets of Coruscant, the Senate has become paralyzed in the years since the treaty.

The bitter and divided nobility of the Core Worlds disputes every decision, damaging the morale of the Republic’s already discouraged citizens. Blaming the Jedi for the failures that led to Imperial domination, the Senate has distanced itself from the Republic’s legendary guardians.

The Jedi remain committed to protecting the Republic, but the Jedi Council has moved from Coruscant to the ancient Jedi homeworld of Tython.

The Republic has trained up new squads of Special Forces, disciplined teams capable of working together with near-perfect efficiency. These elite troopers still work often in conjunction with the Jedi, but in many places, the troopers have taken the prominent role in providing the Republic’s defense.

Despite a post-war economic depression and the continued expansion of its enemies, the spirit of the Republic remains independent, brave, and strong. New leaders are stepping forward even now to stand against the dark Sith Empire, liberate the galaxy, and restore the Republic to its former glory.