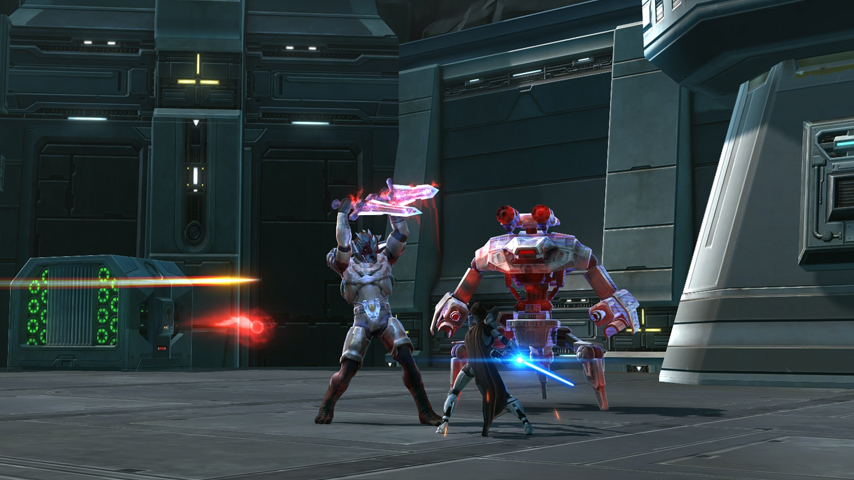 If there’s one question I’ve been asked more often than anything in the last several months, it’s: “Where is Nightmare Mode Explosive Conflict?” This is a very fair question.

To answer, let me first retrace our steps a bit. Eternity Vault and Karagga’s Palace were delivered with Nightmare Modes, but in both cases, neither the challenge nor the rewards quite matched the description. We applied a systematic damage and health increase to everything in the Operation, but the rewards primarily came in the form of titles or commendation chests. This led to a few issues.

First, the loot provided by Operations in Nightmare Mode was effectively identical to the Hard Mode. This is because behind the scenes, you were technically playing the Hard Mode with a universal buff. Second, because the buff was universal, we were unable to balance or modify the boss fights in any meaningful way. This led to some strange asymmetries; certain bosses came near to one-shotting tanks, while others seemed to not increase much in difficulty at all. 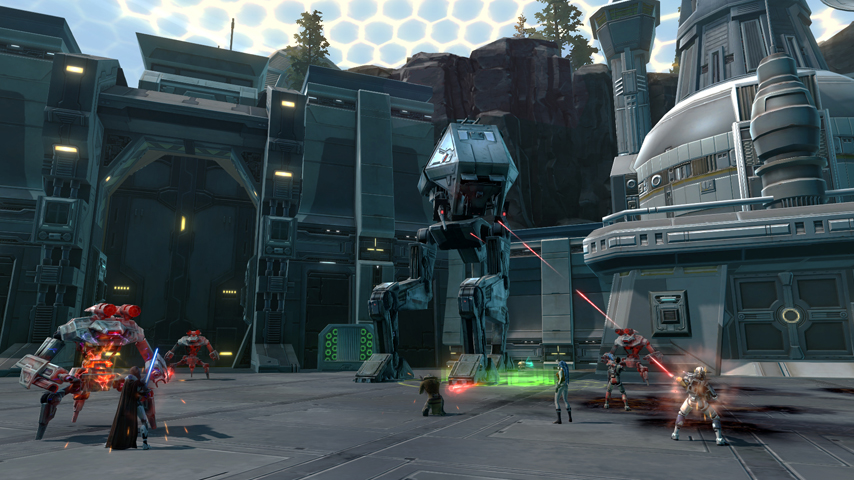 For Explosive Conflict (and all Operations going forward), we wanted more control over the challenge and the rewards offered by the content. So, starting with Explosive Conflict, we’ve improved Nightmare Mode in the following ways: 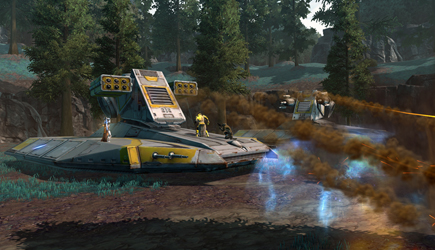 These changes are not retroactive for Eternity Vault and Karagga’s Palace, but if players are interested, it is possible that we may revisit them at some point in the future. As in previous Operations, players who manage to complete Nightmare Mode Explosive Conflict in under 2 hours will receive a special title. This should prove to be quite a bit more challenging than before.

I’m sure the next question I’m going to hear is: “Why did this take so long?” My answer is two-fold: first, we prioritized development on Operation: Terror From Beyond, and second, we wanted Nightmare Mode Explosive Conflict to provide meaningful rewards. Since the entire set of Campaign gear had been distributed, we weren’t in a good position to justify the difficulty with rewards worth chasing, and moreover, the difficulty gap would have been fairly small – it just wouldn’t have offered much value. With the changes we’ve made, not only is the content fresher, the rewards are shinier.

As always, we eagerly await reading your feedback (and your crazy strategies) on the forums. Denova just got a lot more dangerous - good luck!