Developer Update – Terror from Beyond 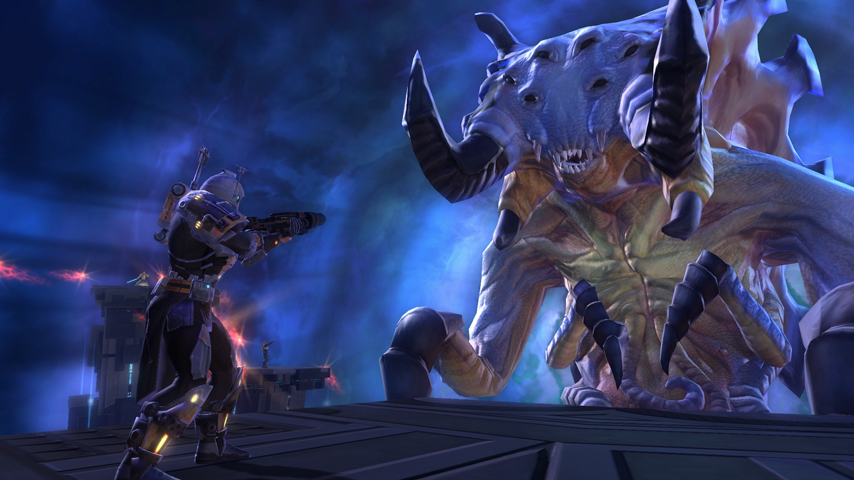 Terror from Beyond is a new Operation that takes us to Asation, a remote planet in the Gree Enclave. Asation is a swampy, wetland world that was terraformed by the Gree thousands of years ago. It is not a Gree homeworld, but it does house some incredible technology assembled long ago by the Gree crafter caste. Key among this technology is the Hypergate, a massive device capable of transmitting matter from across the galaxy. The Dread Masters have sown chaos on Asation by activating the Hypergate, letting through untold horrors and monstrosities. It’s up to players to cut a path through these creatures, defeat the agents of the Dread Masters, and deactivate the Hypergate at any cost. 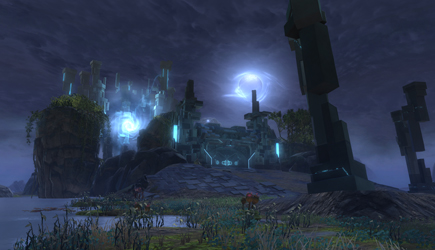 Terror from Beyond offers five new major boss encounters that will challenge even the most highly-coordinated groups of players. In keeping with previous Operations, Terror from Beyond includes one “puzzle” encounter that really steps outside of the bounds of what you normally see in a boss fight. To defeat this new enemy, players will need to work together to repair a massive, ancient Gree computer from within the machine itself. Unlike previous puzzle encounters where the solutions were relatively easy to figure out, this one has players leveraging their particular group composition to control a chaotic situation. It’s very different from the things that we’ve done in the past, and I’m excited to see what players think.

In addition to strange creatures and agents of the Dread Masters, players will run into a familiar face on Asation. No spoilers, but here’s a hint: he’s not going to be very happy to see you.

The final encounter in Terror from Beyond pits players against a creature of unprecedented scale in Star Wars™: The Old Republic™. It’s easily the most visually striking encounter we’ve ever built. In Explosive Conflict, we took a gauntlet-style approach to the final boss, which worked very well in the context of a military operation. This is totally different. You get to fight something that is huge and otherworldly. The difficulty is highly execution-based, and the mechanics are very positional and fun. 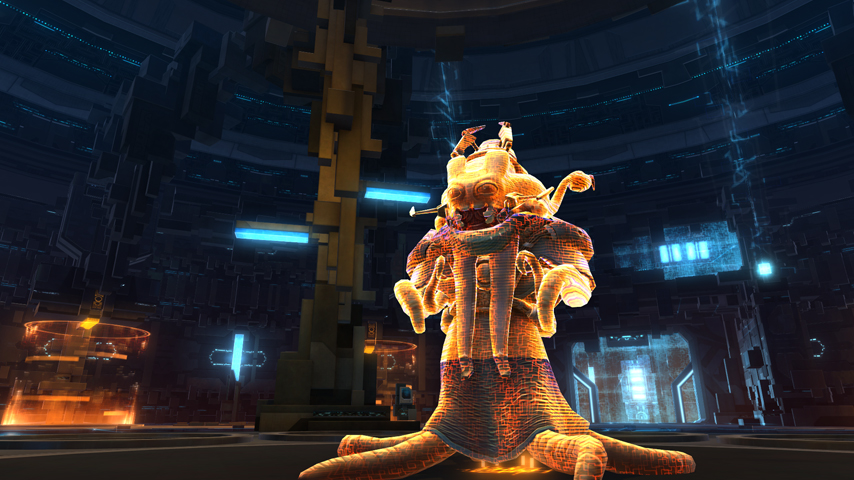 This Operation introduces the next tier of progression in Star Wars: The Old Republic, including a new set of PvE gear. The hard difficulty mode for Terror From Beyond is balanced for players wearing a full set of Campaign gear, which can be acquired from Operation: Explosive Conflict. Augments will become increasingly more important the deeper you get into Terror from Beyond. Story mode will be available for players who just want to see the sights, but it’s no walk in the park.

Terror from Beyond will be available in Game Update 1.4!

game update 1.4|jesse sky|operation|terror from beyond